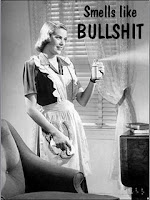 The response of the National-led Government to the global capitalist meltdown is to talk about it!

'The Jobs Summit', supported by the business class and the tame trade union hierarchy, might be promoted as minimising job losses but its really all about bailing out New Zealand capitalism.

It's appropiate that Mark Weldon, head of the Stock Exchange, was chosen to head the summit scheduled for February 27. Weldon, another free market acolyte, thinks - despite the overwhelming evidence to the contrary - that the 'free market' is fundamentally sound.

Weldon's incisive analysis of the capitalist meltdown is that it all just the fault of a few 'bad apples'. That he has watched the entire New Zealand finance sector collapse, with many of his fellow free market 'gurus' caught ripping off their clients, appears to be of no real concern to him - he's still telling us that the 'free market' works!

Similarly one of his mates, Canterbury Employers' Chamber of Commerce chief Pete Townsend, doesn't deny there's a problem but thinks 'we' (by 'we' he means workers) just have to work 'a bit harder' to get through it. 'A bit harder', Pete? And what would that actually involve? The repeal of certain industrial legislation, for example? No doubt this is the kind of message he'll be delivering at the 'summit'.

And this morning on TV1's Breakfast, the chief executive of Business NZ was 'waffling' on about 'job flexibility'. This is code for such nasty things as reduced working hours and further job casualisation - but Phil O'Reilly made it sound like he's just trying to help workers out. A decent interviewer would have challenged O'Reilly but unfortunately he was being interviewed by free market cheerleader Paul Henry - the Barbara Cartland of New Zealand journalism.

Despite the fact that global capitalism is collapsing and neo-liberalism should be tossed into the trash can of history again, the people attending this 'jobs summit' are still on the road to nowhere. They insist that the 'free market' does work -it's just having a few minor hiccups!

However these free market acolytes, the very same people who regularly bash the welfare state, will be asking for help - just to get them through the 'rough patch' you understand. For over twenty years these people have constantly derided 'state intervention' but apparently its just peachy when they are going to be the beneficiaries.

Of course, it won't be couched like that. No, it will be described as 'the government and business working together for all New Zealanders - but it will mean taxpayer money going to business via 'subsidies', ''incentives', 'tax packages' and the like.

It's corporate welfare in other words, but don't expect the mainstream media to criticise this odious brand of welfarism - that kind of vehement criticism is reserved for solo mothers and the 'lazy unemployed'.

But, wait, there's more! We can also expect direct attacks on the living standards of working people. Phil O'Reilly has already called for 'job flexibility' but there will also be calls for other anti-worker measures like 'wage restraint' - and watch the tame trade union hierarchy fall into line like they always do.

Labour's response, for example, is merely to complain that it wasn't invited! Leader Phil Goff's response is not surprising but its still pathetic.