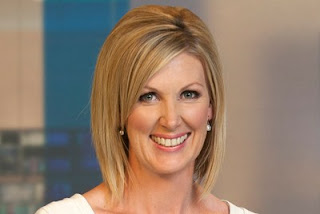 Firstline's Rachel Smalley  told Labour leader David Shearer  that the New Zealand economy was 'improving'. She was interviewing Shearer abut his 'State of the Nation'  address.

The TV3 news presenter  didn't provide any  evidence for this big claim.

If we use a wider measurement of unemployment then  294,900 New Zealanders are shown to be  without a job.

This increased unemployment is a result of a failing economy.

The unemployment figures  don't acknowledge the increasing number of people  who can  be classified as 'underemployed' - people who simply can't get enough paid hours to simply survive.  This has been the inevitable result of the casualisation of the labour force.

As one union official recently  commented: 'Every supermarket or department store that our union visits will have workers actively seeking more hours because their incomes, from working less than 40 hours a week, are not enough to live on.'

We'll be watching with interest to see whether Smalley's implicit support for the National government continues on Firstline.
Posted by Steven Cowan on Monday, January 28, 2013