THE GIRL IN RODCHENKO'S POSTER 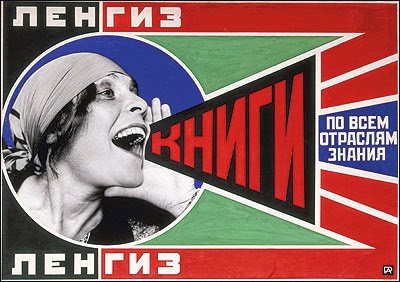 Lilya Brik  was an actress and a leading member of the avant-garde movement  in post-revolution Russia. Today she is principally remembered as the woman shouting 'BOOKS!' in a 1924 advertising poster for the publishing house Gosizdat.  Ninety years later both her image and the poster are still being used for widely different purposes.

LILYA BRIK  COULD well be known as the woman who launched a thousand poster designs. The poster that made her famous was created by the Alexander Rodchenko. They both shone in the immediate aftermath of the Russian Revolution but their light was gradually extinguished as the Stalinist shadow fell across the land.

Rodchenko thrived in the new world of  the 1917 Revolution and dedicated himself to creating a new art that embraced the ordinary and could be used by everybody: "the streets are our brushes, the squares our palettes" was Rodchenko's central philosophy.

He agreed with Lenin that art could be a force  for change. But his work quickly fell out of favour  as the  'Socialist  Realism' of Stalinism took a grip. Rodchenko's work always tried to provoke while Stalin simply  wanted art that was unchallenging  and that celebrated  the new Soviet Union that he now controlled. While Rodchenko wanted to reflect ordinary life, Stalin wanted 'heroes'.

The final blow to Rodchenko's official reputation came with the disbanding of constructivism, a movement in which he was at the vanguard. The end came on the personal order of Stalin who deemed constructivism to be "dangerously subversive".

By the time he died in 1956 he had suffered the fate of a great many Russian artists and activists and had been written out of Russian history.

In the end Rodchenko was too closely identified with Vladimir Lenin  and Leon Trotsky to be ever acceptable to Stalin.

Lilya Brik also found herself on the long list of people deemed to be 'enemies' of the  Soviet Union but  Stalin personally  chose not to have her executed  - which was the fate of her husband Vitali Primakov, an army general she had married in 1930. He was executed in 1937, another victim of Stalin's show trails against his opponents and especially people suspected to be supporters of Left Opposition leader Leon Trotsky.

In the 1920s, Lilya directed two films, a documentary titled Jews On the Land, based on a scenario about Jewish collective farms in Russia and a parody on bourgeois cinema titled The Glass Eye. 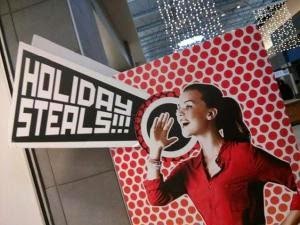 From 1922-1928 she was also involved in publishing the magazine LEF, Leftist Front of Arts which became the platform for the LEF group, and for Russian Dada and Constructivist art.

Rodchenko was at the height of his career when Lilya modelled for him. Though he was classically trained as an artist, by the time of their collaboration Rodchenko had already taken the decision to abandon  painting and sculpture for photography, which he regarded as the perfect popular medium.

Lilya Brik is featured in many of Rodchenko's posters, pamphlets and publications, but the most familiar to us today is a poster for a soviet publisher, Gosizdat, from 1924, which shows Lilya, with hand to wide-open mouth, shouting BOOKS! It is this poster that has been appropriated for everything  from the cover of rock albums (Franz Ferdinand) to retail campaigns. Indeed the visual language of Rodchenko has been enormously influential in the west. 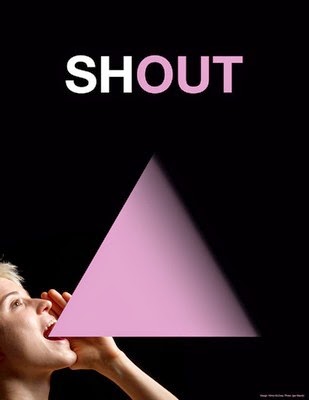 And while Lilya also modelled for such artists as Fernand Léger and Henri Matisse, it is her collaboration with Rodchenko that she is principally known today.

In 1978, following a fall, Lilya was told she would be bedridden, and months later she committed suicide. She was 87 years old.