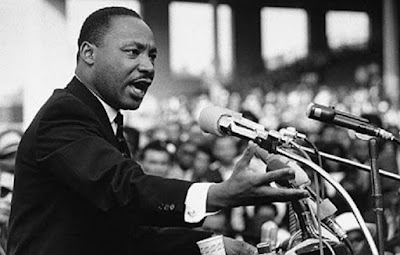 THE NEW ZEALAND PARLIAMENT has responded to the Christchurch terrorist attack with many MP's giving speeches. One such address was provided by Green Party co-leader James Shaw.

In one short speech Shaw managed to sanitise the radical politics of a man who was eventually assassinated because he was regarded as a threat to the political establishment. Throughout his life he spoke often and passionately about the violence of capitalism and the need to overthrow it. Yet James Shaw would have us believe he was merely a benign saintly figure who talked a generalised 'peace, love and understanding'. But if MLK was alive today he would be diametrically opposed to the politics of James Shaw and the Green Party.

Indeed MLK was critical of the kind of politics that Shaw represents. He declared "I have been gravely disappointed with the white moderate who constantly says 'I agree with you in the goals you seek, but I cannot agree with your methods of direct action."

Even while he talked of the Christchurch terrorist attack being ' motivated by racism and by hate and by fear of people's differences' James Shaw, former corporate spin doctor, managed to avoid mentioning that MLK always argued that racism was rooted in the capitalist system. In 1967 he said: 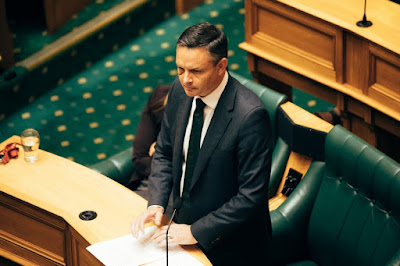 “We must recognize that we can’t solve our problem now until there is a radical redistribution of economic and political power… this means a revolution of values and other things. We must see now that the evils of racism, economic exploitation and militarism are all tied together… you can’t really get rid of one without getting rid of the others….”

But MLK's unequivocal denunciation of capitalism and racism has, for his own political ends, been edited out of the picture by James Shaw. In the hands of the Green co-leader, MLK the revolutionary is reduced to a non-threatening moderate who  can be safely embraced by the New Zealand Parliament and by a Green Party that is now little more than a cheerleader for the political establishment.

In the aftermath of the Christchurch terrorist attack, the radical legacy of MLK is more relevant that mere platitudes about 'peace and unity' - but it is a radical legacy that establishment politicians like James Shaw would rather not talk about.