THE POLITICS OF OTHERING 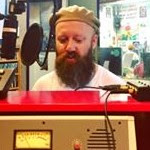 While white nationalists are the focus of the country's attention, John Moore observes that some mainstream politicians have played a role in encouraging, however indirectly, the politics of hatred in New Zealand.

THE DEMONISATION of the “foreign” Other provides the necessary fertiliser for more extreme and violent forms of nationalist, communalist and sectarian politics. The following New Zealand politicians have all played a role in fertilising the politics of hatred in New Zealand:

Winston Peters of NZ First - Peters is infamous for his attacks on the Chinese community, and has stated that the large presence of Asian immigrants has had a negative impact on NZ’s culture. Peters has also played the Islamophobic card, and has stated that Muslims in New Zealand put on a moderate face while hiding their extremism behind closed mosque doors.

Don Brash (previously a National Party and Act Party leader) - Brash has spread the lie that Maori are privileged and enjoy exclusive beneficial rights. He has also played the xenophobic card with his call to give preferential treatment to immigrants from countries with “Western values”. 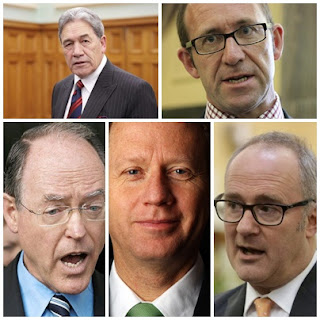 Phil Twyford of the Labour Party -Twyford infamously acted to scapegoat Chinese when he claimed that “foreign” Chinese were to blame for New Zealand’s housing crisis.

Andrew Little of the Labour Party - while leader of Labour, Little targeted immigrants and claimed “high levels of immigration” were to blame for the lack of job opportunities for “New Zealanders”.

This is not about race against race, or religion against religion, or nation against nation, but class against class. Working class and oppressed peoples need to unite against the global billionaire class and their capitalist system. Racism, xenophobia, religious communalism and sectarian hatred are all forms of the politics of fools and opportunists. Solidarity with Muslims in New Zealand.

Listen to John Moore’s Breakfast Political Roundup on Radio One, 91 FM, Dunedin. The podcasts are here.