ZERO CARBON BILL : A TOY WATER PISTOL TO PUT OUT THE RAGING FIRE

The Zero Carbon Bill is a woefully inadequate response to climate change.

WHILE CLIMATE CHANGE MINISTER James Shaw might say, correctly, that climate change is the biggest challenge of our time it is a challenge that neither he, the Green Party or the Labour-led Government are up to combating and defeating. The Zero Carbon Bill is further damming evidence of that.

When the 2018 report from Intergovernmental Panel on Climate Change report tells us that we have no more than twelve years to effectively tackle climate change before we reach the point of no return - and this is the optimistic scenario - aiming for carbon neutrality in small incremental stages by 2050 is a betrayal of the generations to come who will have to confront the disastrous consequences because people like James Shaw failed to do their job.

There has been criticism, from corporate-friendly Russel Norman of Greenpeace for instance, that the Zero Carbon Bill cannot be enforced. This is true but that's the least of our problems given that the bill itself is so dreadfully inadequate.

What the Zero Carbon Bill completely fails to recognise is that we are well beyond the stage when a series of incremental reforms will be enough to push back on the increasingly devastating consequences of climate change. That horse bolted and disappeared over the horizon a long time ago. We have already pushed far beyond what the living boundaries of the planet can sustain. The news this week that one million species of animal and plant are now facing extinction should have impressed on to this Government that we need urgent action and we need it now. But it hasn't. Instead we're being invited to 'get behind' this hopeless bill and make our submissions. Good luck with that. 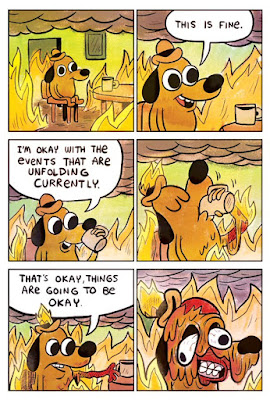 Our politicians- our political process - is incapable of realistically responding to climate change because it continues to disregard that our very economic system is in conflict with the planet and it is now threatening our very survival. The twin motors that drive our economic system - perpetual growth and perpetual profit - are also driving the planet toward the edge of precipice. Aiming to be carbon neutral by 2050 is the equivalent of using a toy water pistol to put out a raging and out of control fire.

We have only two options. We either make fundamental and sweeping changes to our economic system or we blunder on to disaster. Naomi Klein writes in This Changes Everything: Capitalism Vs the Climate that:

'...we humans are capable of organising ourselves into all kinds of different social orders, including societies with much longer time horizons and far more respect for natural life-support systems. Indeed humans have lived that way for the vast majority of our history and many Indigenous cultures keep Earth-centred cosmologies alive to this day. Capitalism is a tiny blip in the collective story of our species."

It really is time for system change and not climate change. The future is in our hands because we cannot rely on our politicians to do the right thing. We will have to save ourselves.