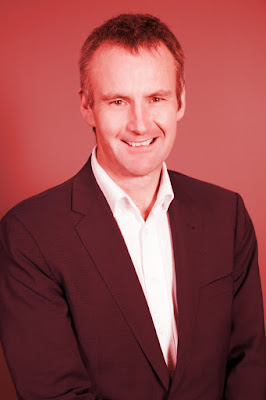 Business commentator Bernard Hickey  has a far more accurate assessment of the Labour-led government than most of the New Zealand left. He describes it as a government presiding over 'the tyranny of the status quo'.

SINCE DEBUTING ON TVNZ's Breakfast John Campbell has made it something of a personal priority to highlight the appalling level of poverty in New Zealand. Last year he was interviewing struggling New Zealanders in Auckland being forced to pay $780 a week for sub-standard housing. In one report Darryl Evans of Auckland's Mangere Foodbank Budgeting Services told Campbell that in 2017 a family of four were able to spend $83.33 on food, however in 2018 that figure dropped to $39, after rent and petrol had been paid.

'You simply cannot survive on $39 for quality food, which is why we're now raising a generation of two-minute-noodle-kids,' he said.

It hasn't got any better in the intervening months. In fact, its probably got worse. Last week Campbell interviewed a representative from the Auckland City Mission who told him that demand for its services had grown 40 percent over the past year and they were struggling to cope. It was pointed out that it isn't just beneficiaries who need help but also the working poor.

The bland response of the Minister for Social Development Carmel Sepuloni was that Work and Income were there to ensure that people got all they were entitled to. The trouble is what they are entitled to is not enough. Benefits are at subsistence levels but the Labour-led government has declined to increase them. It has ignored the recommendation of its own welfare working group that benefits need to be increased by as much as 70 percent to prevent what it describes as further 'economic distress'. This government has chosen further economic distress'while, all the while,  the corpulent Finance Minister Grant Robertson sits on a surplus of some $7 billion.

But the level of poverty and inequality continues to rise, inexorably. The rich grew richer by a massive $90 billion over the past year. But at the other end of the economic spectrum New Zealanders are getting poorer. Oxfam's January report, Public Good or Private Wealth, revealed the poorest 50 per cent of New Zealand's population saw their total wealth actually decrease by $1.3 billion during the previous twelve months. This has occurred under a Prime Minister who claimed during her election campaign that tackling poverty would be a priority of any government she led.

While Labour Party supporters were more than happy to attack John Key and the National Government for its equally terrible record on poverty and inequality, those same criticisms have become muted now that Labour is safely ensconced in office.

Because much of what constitutes the New Zealand left remains entangled in the web of the Labour Party it hasn't been hammering the issue the way it should be. Far from it. There are some honourable exceptions of course but much of what constitutes criticism comes with strings attached. You have to read the fine print of blog posts from the likes of Chris Trotter or Martyn Bradbury or union officials like Mike Treen. It reads 'Special Conditions Apply: Labour are preferable to National. Vote Labour  #lesserevil.'

Such is the conservatism of the Labour-aligned left that a business commentator like Bemard Hickey, who would not consider himself to be particularly radical, sounds as if he's about to join the revolution.

His latest column, 'Young renters just got double toasted', is a scathing attack on the Government 's insipid housing policies . Hickey also offers his verdict on Jacinda Ardern and its not complimentary:

'The death of the CGT and KiwiBuild, along with only tip-toeing steps on climate change, prove she is just another transactional smile-and-wave politician who believes she is better at wielding the status quo than the other lot. She has now forfeited any right she had to talk about being transformational and claiming ownership of a generation's dream. And don't forget she did do that during the 2017 campaign.'

Later in his column he basically declares a plague on Parliament advising that none of the parliamentary parties are prepared to tilt the balance of power back in favour of ordinary people . He writes that people cannot rely on ''Ardern, Labour, National or anyone else currently in power to change things.'

If the New Zealand left, or most of, it had come to this logical conclusion many years ago, perhaps we wouldn't find ourselves in the mess we find ourselves in now.
Posted by Steven Cowan on Monday, September 09, 2019