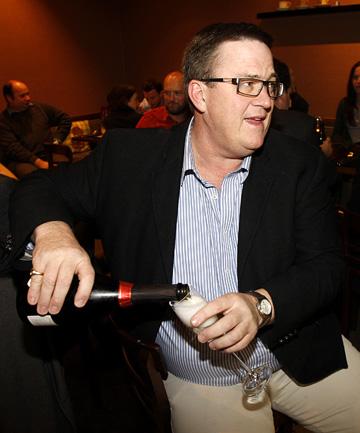 SEAN PLUNKET of Magic Talk is rabidly right wing. He's also a strident climate change denier who blatantly manipulates figures to suit his own arguments while ignoring the glaring evidence of climate change that is right in front of his eyes, if he only bothered to look.

This week Plunket has been 'entertaining' his radio audience with a series of loaded questions on his Twitter account. They have all been arranged by Plunket to 'prove' that climate change is a fraud perpetuated by a gigantic left wing worldwide conspiracy. Only clear thinkers like Sean Plunket and his Magic Talk colleagues Peter Williams and Ryan Bridge know what is really going on. And Donald Trump, of course.

What's sort of mildly interesting is that Sean's Crazy Climate Change Denial Quiz has not exactly set Twitter on fire. Its never managed to attract more than 564 votes and has plummeted as low as 222 votes. This can only be indicative of the small number of folk who actually listen to his afternoon show. It isn't entirely surprising that he spends a lot of his time reading out texts and pleading for people to ring him up.

Some of the responses to Sean's quiz have been fun though. Like the reply from Steve James who wrote ''How much did Sean’s journalistic integrity decrease between 1997 and 2018?'. And Joe Moeono-Kolio responded : "Well, at least we know how educated your demographic is. Ask if the Earth is flat as well. ."

Michael Taylor had a serious point to make about Sean's quiz that we can, I think, all agree with: 'This is an example of wilful ignorance and stupidity. It's actually quite irresponsible to have someone like this influencing public discourse. We need education not bad faith science merchants.'