WHO WAS ROSA LUXEMBURG? 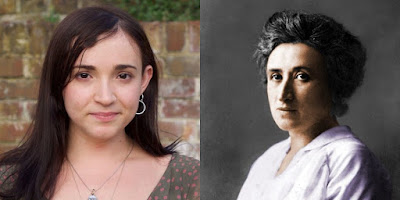 ROSA LUXEMBURG was a radical, a rabble-rouser and a revolutionary. She was one of the most important thinkers of the 20th century and her calls for freedom, socialism and democracy scandalised people at the time both from the left and the right. Eleanor Penny travelled to Berlin on the 100th anniversary of her death to learn more about Red Rosa.

Eleanor Penny is an editor at Novara Media. She has written for several publications including The Independent, London Review of Books, New Statesman and In these Times.  She is the sister of journalist Laurie Penny.
Posted by Steven Cowan on Saturday, November 23, 2019