WE NEED MORE DEMOCRACY, NOT LESS 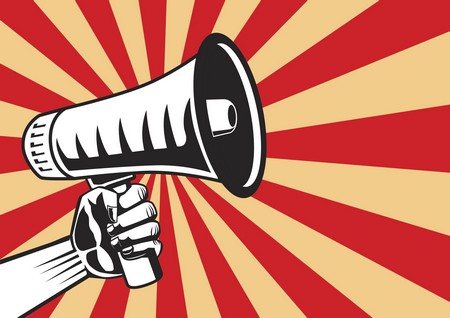 Not only has the liberal left abandoned championing free speech, allowing the conservative right to prevail, much of it is backing proposed 'hate speech' legislation that threatens to clamp down on political debate.

WHILE THERE HAVE been a few exceptions, it seems that liberals have abandoned free speech to the conservative right. This hasn't happened overnight and has occurred as liberal support for authoritarian identity or woke politics and for cancel culture has grown.

It wasn't so long ago, 2018 in fact, that Auckland mayor  Phil Goff - a former Labour cabinet minister - banned two Canadian representatives of the  so-called 'alt right', Lauren Southern and Stefan Molyneux, from speaking at Auckland Council venues. That ban was largely supported by the liberal milieu that revolves around Labour and the Green's, including the support of the Green's Marama Davidson and Golriz Ghahraman. Davidson wrote on Facebook that she was alarmed that two white supremacists were even being allowed into the country.

In 2019 the group Speak Up for Women had major difficulties booking venues for visiting Canadian speaker Meghan Murphy. That included Massey University reversing its decision to allow Murphy to speak on its Wellington campus. Meghan Murphy's 'crime' was that she held views on transgender rights that her political opponents  strenuously disagreed with.

At the time The Listener warned of the encroaching dangers to free speech:

'We live in a time when the merely contradicted are claiming persecution so successfully that any debate deemed controversial is immediately  shut down. Whether or not the Government decides we need to strengthen our hate speech law, the world is already on a dangerous hair-trigger path towards vigilante censorship of free speech.'

This observation has been ignored  by a liberalism that has devolved into identity politics. Its worth noting that Speak Up for Women has had difficulties booking venues again this year, purely because  it is opposed to the Labour Government's proposed sex self-identification legislation. Of our parliamentary parties only National and ACT  have  protested about the deliberate obstacles being placed in front of Speak Up For Women. It is they, not the liberal left, who have defended the group's democratic right to have their say.

After the Christchurch Public Library denied the group the use of its facilities, National Party leader Judith Collins said : 'Council buildings are there for everyone in the community to use; they shouldn't be picking and choosing who can hold events there based on what the discussion is. Part of being a healthy democracy means allowing community groups to discuss topics and legislation and hear from differing views. Freedom of speech in a democracy means having to tolerate the expression of diverse views. It works both ways, people are entitled to voice their views and others are entitled to criticise their views, but they should be able to speak nonetheless.'

No such similar view has ever come from either Labour or the Green's and its worth noting the observation of commentator Bryce Edwards  that, in the pursuit of a top down and elitist political agenda, the liberal left has also adopted a more 'censorious' brand of politics:

'Historically, the left has championed the rights of the oppressed or marginalised to organise, to communicate politics, in order to win human rights and political gains. And this is why it is somewhat surprising that increasingly the left want either the state or society to put limits on political debate and expression'.

The socialist view on free speech stands in opposition to that of the liberal left. Rosa Luxemburg best defined the socialist argument when she wrote that free speech is meaningless unless it embraces the individual who thinks differently. Free speech, said Luxemburg, is designed for those who disagree.

Luxemburg recognised that free speech is a tool of liberation but in the view of the  liberal left-  articulated by an increasingly arrogant Prime Minister - free speech is a tool of repression. Jacinda Ardern believes free speech 'only' allows people to say what they want and its potential victims are minorities who are the target of racist slurs and smears and general abuse. According to Ardern, who has undermined her own case by blatantly lying about both the content and ramifications of proposed hate speech legislation, we need to police free speech in order to protect its potential victims.

The immediate problem, which many critics have pointed out, is people will inevitably differ as to what qualifies as 'hate speech'. The term 'hate speech' becomes an easy and convenient charge to make in order to suppress views that some people may not like. So we need to defend  the free speech rights of everyone, including people we might vehemently disagree with. The best response to hate speech is to speak loudly against it, not try to ban or suppress it. We need more democracy, not less.

The American socialist Eugene Debs wrote: 'Without free speech there is no progress, and the people stagnate. Better a thousandfold the abuse than the denial of free speech, for the abuse lasts but a day, while denial destroys the life of a nation.'