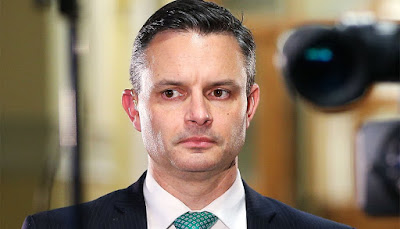 EVEN AS AUSTRALIA BURNS, corporate-friendly Climate Minister James Shaw remains complacent in the face of the clear and present danger that we now confront. On Tuesday, interrupting his summer break for a moment, he tweeted : 'Our Emissions Trading Scheme is one of the important tools we have for meeting our climate targets. That's why we have to get it right. There are 10 days left to have your say on some of our ideas for improving the scheme.'

That's telling us. In the face of the devastating bushfires, Shaw wants to provide us all with a toy water pistol. Putting aside the fact that emissions schemes like the one being proposed by the Labour-led government are a corporate non-solution to the climate crisis, our climate target remains, abysmally, 2050. Apparently that's when the capitalist economy will stop wreaking damage on the environment and turn carbon neutral.

Even if this was in any way realistic - and it isn't - we don't have anything like thirty years to get our acts together. The scientific community warned us in 2018 that we have no more than twelve years to take decisive action on climate change before we reach the point of no return - and this is an optimistic view. But even this stark warning has not been enough to stir this Labour-led Government out of its slumber. Nor did some 170,000 people demonstrating in the streets last year convince the Government to up its game.

And now, as Australia burns, James Shaw, issuing a memo from corporate headquarters, reminds us that submissions on the carbon emissions scheme close in ten days. But as Naomi Klein writes in On Fire: The (Burning Case for a Green New Deal): 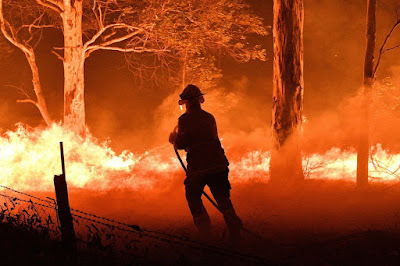 'We can pretend that extending the status quo into the future, unchanged, is one of the options available to us. But that is a fantasy. Change is coming one way or another. Our choice is whether we try to shape that change to the maximum benefit of all or wait passively as the forces of climate disaster, scarcity, and fear of the “other” fundamentally reshape us.'

The climate change - induced tragedy that is unfolding in Australia should, if there was any justice, wake up our politicians to the realisation that only a decisive social and economic reordering is the sole viable pathway for humanity’s survival. But all our politicians remained wedded to the policies and ideology of neoliberalism. And that includes the Green Party.

What is abundantly clear is that our politicians won't save us. We might have a Prime Minister who said that climate change was the nuclear free issue of her generation but she has continued to act like any other mainstream politician and continued to represent and protect the interests of the political establishment.

Even though market -based policies will not save us, at the general election we will presented with a slate of parliamentary parties offering us nothing more than market-based solutions to climate change. Green co-leader James Shaw may want us to 'stay calm and carry on' but we should reject his paen to complacency. Its time to get angry. The barbarism represented by the Australian bushfires is another episode in the continual process of environmental degradation and destruction. Capitalism is destroying the planet. So lets destroy capitalism