SOME VIEWS ARE MORE EQUAL THAN OTHERS... 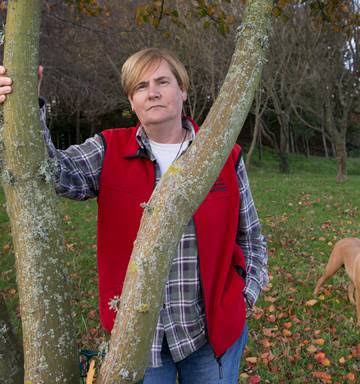 As we head toward another general election, there will be few left wing voices in the mainstream media offering an alternative opinion. One of those voices might of been Rachel Stewart, but that's before her political opponents such as Green MP's Golriz Ghahraman and Marama Davidson and commentator Morgan Godfery decided she should be 'de-platformed'.

AS I'VE REFLECTED ON THE Australian bushfires, I've wondered what Rachel Stewart's take would be on the crisis. I'm sure that the former NZ Herald columnist would have not only written about the bushfires extensively, but she would of also been one the few commentators in the mainstream media to make the link between the bushfires and the devastating impact of Australia's rapacious economic system on the climate.

But in 2020, an election year, the mainstream media will be absent her views. With the corporate media lurching between the right wing politics of a Mike Hosking or David Farrar and the woke politics of someone like  a Alison Mau or a Morgan Godfery, there isn't much space going for genuine left wing views -as opposed to lovin' up to Jacinda Ardern and the Labour Party - and we could ill afford to lose someone like Rachel Stewart from the mainstream media. She hasn't been replaced with someone of similar views.

But thanks to the NZ Herald taking fright at a column she wrote on gender identity politics, Rachel felt the newspaper had left her with no other choice but to resign. This was in October last year and it was the culmination of a long campaign of harassment and intimidation waged against her by people who didn't much like her views on gender identity and wanted to shut her down. While it didn't lead directly to her resignation from the NZ Herald, I imagine Rachel's morale wasn't exactly high by this stage and she had already announced her departure from Twitter, citing the impact the cyberbullying had had on her life in general.

Rachel Stewart wrote for the NZ Herald for some fifteen years and during that time she earned a reputation for being a honest and forthright columnist. She made a name for myself with her fearless reporting on the impact the activities of the dairy industry were having on our environment. This made her few friends in the dairy industry and among its political representatives in Parliament. But it did see her win Opinion writer of the year at the 2016 Canon Media Awards.

But she also wrote on other matters as well, with climate change becoming increasingly the issue that troubled her the most. But in April 2017 she also wrote a great column dealing with an issue close to my heart, the parlous state of New Zealand's democracy. Here was  a columnist, writing in a mainstream publication like the NZ Herald, stating in no uncertain terms that New Zealand's
representative democracy was neither representative or democratic . As we head for another general election, its worth recalling what she wrote in 2017:

'Indeed, our fair land does not fare well in the democracy stakes. Despite political party zealots all primed and pumped for the looming election, the electorate may not share their jaunty enthusiasm.

Enduring years and years of corporatocracy winning over democracy does that to voters. It dulls the desire to identify with any political tribe. Watching the steady drip of public wealth - think water, for a start - transferred into private hands has turned many a stomach, and a few worms. Like me.

Then add in the homeless; families living in cars before they get put up in a motel paid for by us, in a kind of merry-go-round of false economy and galloping governmental geldings who wouldn't know a testicle if they tripped over one.

Has anything changed for the better since Rachel wrote that column some three years ago? I doubt she would say that there's been any improvement. While much of the mainstream media considered Jacinda Ardern safe enough to vote their politician of the year, Rachel would be probably be pointing out such discrepancies as Ardern being praised for her 'compassion' and 'kindness' ' while New Zealanders continue to live in cars and entire families are forced to live in one bedroom motel units. She might of also commented on Ardern's 'kindness' not extending to increasing core benefit levels.

Of course I'm speculating on Rachel's views, but I doubt that I'm wrong. But I have to speculate because she's no longer writing in the mainstream media or commenting on Twitter. In this election year we should remember some of those who were prominent in the war against Rachel Stewart. They include Green MP's Golriz Ghahraman and Marama Davidson and Labour MP Louisa Wall.

Like woke Labour Party friendly commentator Morgan Godfery, they campaigned to have Rachel's progressive voice silenced. Indeed Godfery, demanding that she be sacked by the NZ Herald, tweeted : 'She needs to go. She shouldn’t have a place in public life.'

It is ironic that the same Morgan Godfery has been decrying the state of the New Zealand media and the narrowing of views and opinions. But it seems that, according to Godfery, some views are more equal than others...