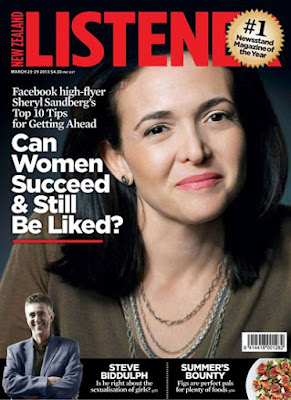 Should we really be that upset that we will no longer be able to  read the recipe pages in the Listener or read about plush houses in Remuera in Metro?

THERE'S BEEN a lot handwringing about the abrupt closure of Bauer Media NZ and its stable of magazines including the Listener, Metro, North and South, Women's Day, and Fashion Quarterly. While no one can be exactly happy about the further contraction of New Zealand's already limited media outlets and, especially, the loss of over 200 jobs, some of the claims being made about the worth of these magazines has been exaggerated. I won't be joining in the wails of despair myself but instead be looking optimistically to new forms of journalism emerging from the rubble.

Despite the various inflated claims being made for these publications, I'm not sure how endless stories about British Royalty (Woman's Day) or 'exclusive looks' inside plush Remuera homes (Metro) did contribute anything to the national conversation other than 'look at us, we're a class-ridden society too'. And back in its hey day, Metro's idea of politics was the gossip column of Felicity Ferret and the late Bruce Jesson criticising Marxism for being 'Euro-centric' while, at the same time, promoting the Frankfurt School of politics himself. Ah, those were the days. Not.

What's really upsetting people though is the closure of the Listener, New Zealand's only weekly current affairs and arts magazine. There have been a lot of tributes paid to the magazine but those tributes have largely been for a magazine that disappeared some twenty years ago. When Pamela Stirling became editor in 2002 the magazine became something of a middle class lifestyle publication. That was when I stopped reading it.

Former Listener staffer Gordon Campbell launched a blistering attack on the magazine back in 2005, declaring that the magazine's content had narrowed under Stirling's editorship:

'The current Listener seems anything but diverse. It exhibits instead an increasingly narrow fixation on the lifestyle choices and social anxieties of the baby boomer elite…Some weeks, it looks, dare one say it, like the house journal of the National Party.'

I think the last thing we want to do is try and rebuild an old and declining media system and pretend we're doing it in order to protect 'New Zealand journalism and culture', to quote former Prime Minister Helen Clark. I've personally no interest in rebuilding a system that has worked alongside neoliberalism for the past thirty years, where the same old voices continue to rule the roost, and where progressive politics is defined as supporting the Labour Party.

We should be using this opportunity not to urge the Labour-led Government to rescue the corporate media (because it won't) but by moving toward a new kind of journalism that incorporates the new technologies that allow us to greatly democratise and open up the media. Rather than trying to prop up an existing media that is in terminal decline, we want to democratise the media so that people without property can play a much larger role in the media and in political life.

We need to challenge the belief that all journalism in society should be a private enterprise and its values determined by the 'free market'. We can do that now by promoting and supporting independent media, blogs and podcasts. Let others shed tears for a media that is slowly fading away. We don't want to continue that old narrative. As journalist Abby Martin of The Empire Files says, we need to 'take back the narrative and create a new one'.
Posted by Steven Cowan on Thursday, April 02, 2020