AN EMPTY BOAST BY JAMES SHAW 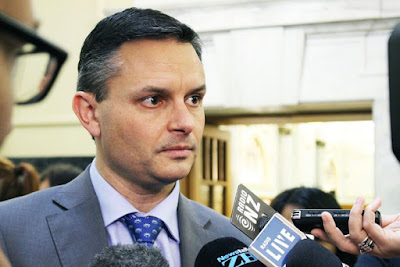 Climate Change minister James Shaw has falsely claimed that the Emissions Trading Scheme is 'one of the world’s most ambitious frameworks for reducing emissions so we can leave behind a cleaner planet for our kids.'

THIS WEEK Climate Change Minister James Shaw announced a series of minor reforms to the Emissions Trading Scheme. The co-leader of a uninspiringly centrist Green Party that is at serious risk of losing all of its seats in Parliament in September, Shaw puffed out his chest and boasted that '... we now have one of the world’s most ambitious frameworks for reducing emissions so we can leave behind a cleaner planet for our kids.'

But, like much of what Shaw says on the environment and climate change, its a empty boast.

When the scientific community continues to warn us that we are running out of time to avoid a climate catastrophe, the market-friendly ETS continues to target supposed carbon neutrality in 2050. The problem is that we have nothing like thirty years to get our collective act together. 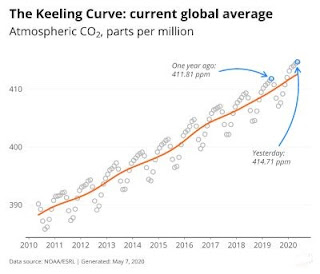 While the world's attention is focused on 'flattening' the rising curve of the coronavirus pandemic, activist and author Bill McKibben, writing for the New Yorker, has pointed out that people have 'emitted more industrial carbon since 1988 than in all of prior human history, utterly failing to flatten the curve. (In fact, we call the diagram that outlines our dilemma the Keeling Curve, and it just keeps rising.)'

If the New Zealand Government is going to continue to ignore stark warnings like this, we won't be leaving behind '..a cleaner planet for our kids', but an increasingly uninhabitable one.

The Emissions Trading Scheme is also completely inadequate because it gives a free pass to the agricultural industry to continue to pollute. Despite the fact that agriculture makes up approximately half of the country's emissions, with the diary industry being the biggest polluter, it is not included in the ETS.

As former Green Party co-leader Russel Marshall has noted : 'Agriculture is our biggest climate polluter. An emissions trading scheme without the sector in it is a joke and won’t be able to combat the climate emergency – the greatest threat humanity has ever faced.'

As the 2018 report of the Intergovernmental Panel on Climate Change highlighted, effectively tackling climate change means transforming all sectors of the economy and society. We can do that through a Green New Deal. But we're being betrayed by a Climate Change minister, a Green Party and a Labour-led government which all share an agenda of protecting corporate interests. Our alternative must be people working together to determine democratically the best use of our collective resources.