WILLIE JACKSON IS NOT YOUR FRIEND 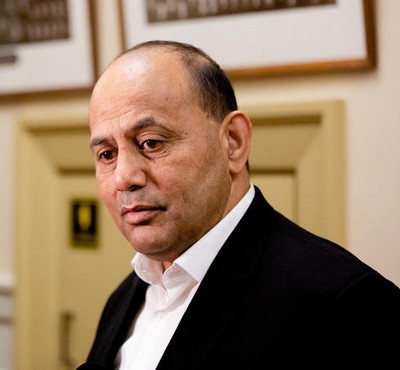 The introduction of Maori council wards will change little and leave the economic and political status quo undisturbed. The anti-racist politics that politicians  like Willie Jackson are peddling are little more than the liberal face of neoliberalism.

LAST NIGHT Parliament passed into legislation the Local Electoral (Maori Wards and Maori Constituencies) Amendment Bill which means that the general public can longer veto a council's decision to introduce Maori wards. Nine councils have already decided to establish Maori wards in time for the 2022 local body elections, joining three councils that have already done so.  National says it will overturn the Maori wards bill if it is elected to government in 2023.

The National Party might be on to a bit of a winner here, with the polls indicating  that the majority of New Zealanders are not in favour in Maori council wards. The fact that this legislation has been steam rolled through against their wishes may be held against the Labour Government at a future date. So its not altogether surprising that Prime Minister Jacinda Arden has largely taken a backseat on this issue. Normally all over anything that she extract some positive publicity from, the issue of Maori wards, like the Ihumatao decision, is one where Ardern has been happy to let others front foot it and duly receive the flak that has predictably headed their way. Ardern meanwhile can do something else..like fronting a 1pm press conference and talking about the rollout of the anti covid 19 vaccine while trotting out her tedious homilies about 'the team of five million'. She is the Doris Day of New Zealand politics.

In the big scheme of things, the introduction of Maori council wards will change little, although that's not what the supporters of the Maori wards have been loudly claiming. The leader of the Maori caucus within the Labour Government, multi-millionaire and arch-capitalist Willie Jackson, has argued that the wards will strike a blow against a fundamentally unrepresentative and racist system and is all part of a 'Maori renaissance'. By that he means 'a new pride in culture and language' - and the introduction of the Matariki holiday. This kind of thing  might go down well with the woke liberalism that revolves around RNZ and the Green Party for example, but this is a 'renaissance' that leaves the political and economic status quo entirely undisturbed. There'll just be more Maori administering that status quo and, pound to a penny, it will be Maori plucked out of the professional classes. More Maori like Willie Jackson, maybe. Or John Tamihere. Maybe some of their political friends.

This is entirely predictable because the supporters of Maori wards are not interested in winning a political base to pursue a truly transformative agenda in opposition to neoliberalism but only in achieving what they consider to be racial parity within neoliberalism. Its an approach that invites polices being imposed from above by people who think they are in possession of some innate wisdom that the rest of us plebs are lacking.

There's a certain irony that this legislation has been passed at a time when two reports have underlined that New Zealand is in the midst of an economic and social crisis. Both the Salvation Army's well-researched State of the Nation report and the Government's own data on child poverty (pre-covid19) indicate that New Zealand's already chronic levels of poverty and inequality are only deepening.

Regardless of Willie Jackson's celebrated  'renaissance',  Maori - because they are predominantly working class -find themselves at the sharp end of the Labour Government's neoliberal economic policies. Just look at the statistics.

It should not be forgotten that the Maori caucus has done nothing to challenge the Government's neoliberal policies and direction. Given the antipathy that Labour politicians  like Willie Jackson and Kelvin Davis have for any policies that smell even vaguely left wing or - shock, horror- even socialist, there will be no challenge mounted to neoliberalism during the electoral life of this Labour Government. Ever.

What is instead being promoted is a cultural project, involving everything from Maori wards and a revised history curriculum to more Te Reo on RNZ National. This might give woke liberals a sense of (misplaced) satisfaction and even a sense of moral superiority, but it effectively condemns working class Maori to the deprivations of neoliberalism for the foreseeable future.

The alternative to a cultural project that pretends to be emancipatory but is only interested in shoring up the status quo, is a truly transformative project based on the working class - of all races, genders and sexual orientation - and that challenges the continued dominance of neoliberalism and the rule of the one percent. That train has yet to pull out of the station but when it does, you won't find people like Willie Jackson, Marama Davidson or Golriz Ghahraman on it. Theirs is a race-based  politics that opposes such class solidarity. But as UK Labour MP Zarah Sultana has written, you can't fight racism without fighting capitalism. That's something that Martin Luther King also believed as well. In 1967 he said in a speech:

'The evils of capitalism are as real as the evils of militarism and racism. The problem of racial injustice and economic injustice cannot be solved without a radical redistribution of political and economic power.'