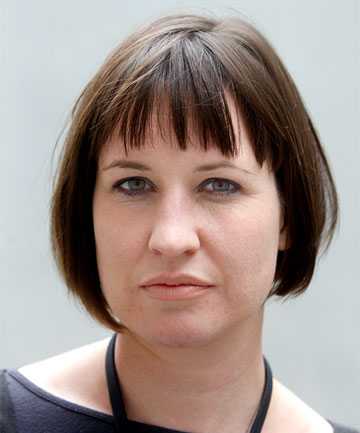 Journalist Andrea Vance comes out in support of the liberal left again but what she's championing is an elitist brand of politics that masks a subservience to corporate interests.

ONCE AGAIN, but more forcefully this time, journalist Andrea Vance has come to the defence of the liberal left or what is now more commonly described as the 'woke left'. Last time round she came out in opposition to 'cancel culture' but only because she wants the 'deluded' opponents of the liberal left be allowed the opportunity to let off steam and not because Vance has any doubts about the sheer rightness of her own liberal politics. Vance is the kind of person that Professor Catherine Liu is writing about in her book Virtue Hoarders where she observes that the professional managerial class, as a class, is 'convinced of its own unassailable position as comprising the most advanced people the earth as ever seen that assumes that it has the ability to do ordinary things in extraordinary, fundamentally superior and more virtuous ways.'

Vance would never agree to being defined this way because she's too busy cheerleading for what she describes as  New Zealand's 'new cultural identity'. It all sounds very liberating but the stark fact is that Vance's 'new cultural identity' ( if that's what it actually is - and I have my doubts) is not the national project she implies it is but rather the political agenda of the same professional managerial class which Vance belongs to. It is an elitist brand of politics that seeks to impose its will on the rest of us, whether we like it or not.

The lack of any public consultation is clearly apparent, replaced by what can only described as a hostility to anyone who dares to have a contrary view.  As Bryce Edwards has commented: 'The rise of 'culture wars' has been incredibly important for the political atmosphere that we are now in. Quite simply it doesn't lend itself to debate and discussion, for finding the middle ground. Instead it's more polarising - it lends itself to the labelling of opponents  as racist, sexists, or in the case of Hillary Clinton, talking about the masses as 'deplorables'. So, there's a strong strain of sneering from many on the left - especially against those that are seen as socially backward.'

Certainly its difficult not to conclude that Vance was wearing a sneer on her face when she defined the opponents of her 'new cultural identity' as  'Boomers, Karens, middle-aged, gammons … whatever verbal eye-roll we use, they are unnerved by climate change policies, cycleways, gender inclusivity and te reo Maori greetings.' It really is that simple for Vance - you can be for us, or you can be against us.

Vance even goes as far as trying to defend the accusations of racism tossed at the opponents of the woke left 'because their understanding of racism (as discrimination or hatred) differs to a more updated definition of systemic oppression.'  Her rush to condemn working people as racists is a distraction from forging the politics that can actually help change New Zealand  but she, nevertheless, goes on to say that  'A progressive society that emphasises kindness and thoughtful language is not tolerant of their resistance to change.' The moral superiority expressed in this one sentence is odious.

Of course taking on the opponents of the liberal left  is so much easier that taking on the actual centres of economic  and political power. Its so much easier to take down someone who is not au fait with the current definition of racism. But this just goes to conceal a subservience to corporate interests. And a media organisation like Stuff, which employs Vance, can't afford to lose that all important corporate advertising.

But, and here's the rub, Vance wants us believe we're already living in a 'progressive society' and people like her are defenders of that 'progressive society'. That's the 'progressive society' where the level of poverty and inequality has never been  greater, homelessness is rife and the food banks are finding it difficult to meet the demand. But at least Susie Ferguson and co are talking te reo on RNZ's Morning Report, right?

As I've said before, the politics that people like Andrea Vance continue to champion is simply the left wing of neoliberalism and, despite all its huffin' and puffin', represents no threat to the political and economic status quo. To reach the progressive society that Vance is talking about means taking a different road altogether and that means embracing a class-based and anti-capitalist politics. Somehow, I don't think Vance will ever be up for that.