JIM WANTS TO FIX IT 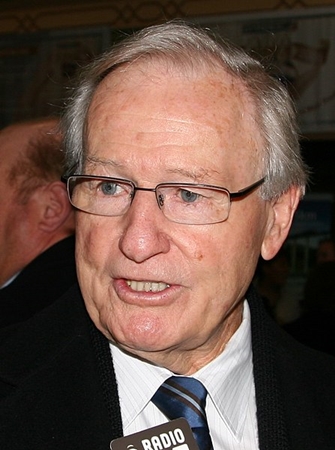 Former Prime Minister Jim Bolger is worried about the country's level of inequality and wants the National Party to 'reimagine capitalism'.

THAT FORMER Prime Minister Jim Bolger should now be expressing concern about New Zealand's chronic level of inequality is nothing less than ironic since it was his Finance Minister, Ruth Richardson, who introduced what became popularly known as the 'Mother of all Budgets'. Its savage welfare cuts, including a cut in the unemployment benefit by $14 and the families benefit by $25, plunged tens of thousands of New Zealanders into even deeper poverty.

It wasn't until 2016, and after the nine years of the fourth Labour Government, that another national finance minister, Bill English, marginally adjusted benefits upwards. But they have never recovered from those savage cuts and the present Labour Government has displayed little interest in increasing benefits above the level of subsistence - even during a time of pandemic.

Despite presiding over growing inequality while he was Prime Minister, Jim Bolger has - thirty years later- revealed himself as a critic of the present economic model.

He told Q+A that 'the dominant economic model' was dividing society: 'Some are getting obscenely rich and others are going to food kitchens.' That's hardly breaking news but he then went on to say that the present Labour Government was not seriously addressing the level of inequality that now prevails in the country.

Only the most dedicated supporter of free market capitalism and the most fervent supporter of the Ardern Government could take issue with Bolger. Putting ideological shibboleths aside, the cold hard data only confirms that Jim is right.

However it would a serious mistake to assume that Bolger thinks its well past time for system change. Indeed he wants to prevent such change, arguing that growing inequality in many western countries is driving people toward revolution. Bolger, unintentionally following in the footsteps of  Karl Marx, has concluded that the spectre of revolution is haunting the ruling class.

Bolger has echoed the view of the Financial Times which earlier this year warned:

'Groups left behind by economic change are increasingly concluding that those in charge do not care about their  predicament - or worse, have rigged the economy for their own benefit against those on the margins. Slowly but surely, that is putting capitalism and democracy in tension with one another....it is just a matter of time before the pitchforks come out for capitalism itself, and for the wealth of those who benefit from it.'

Although even this view puts Bolger well ahead of the current ossified thinking that dominates among our present crop of parliamentary politicians, Bolger still thinks the economic system that is ruining the world can be employed to save it.

His inspiration is Reimagining Capitalism in a World on Fire by Harvard business professor Rebecca Henderson. I haven't read the book but I've read the reviews and a number of interviews with Henderson and what she argues isn't particularly new. It comes from that same place in the 1980s where former UK Prime Minister Tony Blair argued for a 'third way' between capitalism and socialism and a strategy that was subsequently adopted by the fourth Labour Government of Helen Clark. 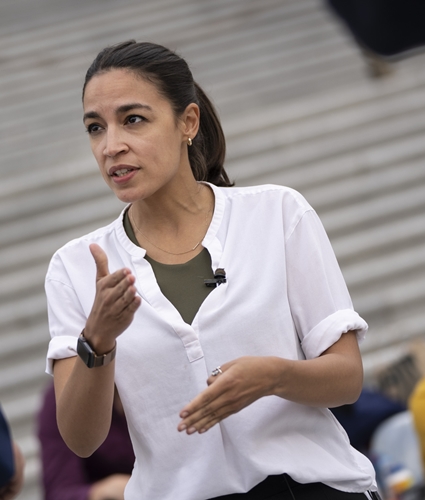 Even though Henderson freely admits that capitalism is 'on the verge of destroying the planet and destabilizing society in its single-minded pursuit of maximizing shareholder value', she still thinks that capitalism can be managed or regulated for the benefit of all.

Henderson argues that twin motors of capitalism - growth and profit - can be brought to heel. The excesses of capitalism can be reigned in. But rallying behind market-friendly 'reforms' only allows the owners of capital to avoid the day of reckoning.

We have run out of time for measures that principally aim to protect the status quo from the fundamental change that is really required.

US congresswoman Alexandria Ocasio-Cortez has observed:

AOC makes a telling point. Equality does not exist because society is simply unable to provide for everyone. What is preventing such equality is an economic system that funnels most of the wealth to the one percent at the expense of everybody else.

In order to properly redistribute wealth and resources we need a new economic system altogether. We need a economic system  based on the principles and values of socialism. Rather than 'reimagining capitalism', let's imagine a world beyond capitalism.