THE GREEN PARTY VOTES FOR A 'CONSTITUTIONAL DISGRACE' 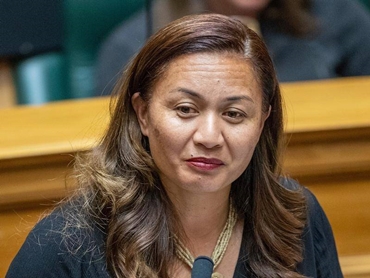 The Covid-19 Response (Vaccinations) Legislation Bill has been slammed as a 'constitutional disgrace'. But, despite being the party that has claimed it would keep the Labour Government  'honest', the Green Party also voted for the legislation. Meanwhile, Green co-leader Marama Davidson has been tweeting about her summer holidays...

ONE OF the principal reasons that the Green Party have always employed to justify its close relationship with the Labour Government is that it opens up a path for the Green's to demand more accountability and transparency from the Government.

But a lot of people have been less than convinced by this reasoning. After the last election former Green MP Keith Locke, for example, warned the Green's against signing up for any deal with Labour that would limit its ability to criticise the Labour Government and its policies and also restrict the Green's ability to promote an alternative to Labour's neoliberal orthodoxy. In order for the Green's to retain its own independent voice, wrote Locke, 'it probably means forgoing the opportunity to have a Green Minister or Ministers'.

But the Green's ignored Locke's wise counsel and, under the conservative leadership of James Shaw and Marama Davidson, the Green's marched right into Labour's tent. Shaw and Davidson were rewarded with ministerial positions outside cabinet - and the fat ministerial salaries that go with such positions.

And the Green Party slotted right alongside the Labour Government when they voted for the draconian Covid-19 Response (Vaccinations) Legislation Bill. Despite its far reaching implications the legislation was rammed through Parliament under urgency without the normal parliamentary scrutiny.

Said Professor Knight : 'Legislative change seriously implicating rights like this needs much more time to breathe, to be interrogated and for its legitimacy to be built through dialogue.'

It has also been condemned by the Council of Civil Liberties. It has attacked the decision of Chris Hipkins, the Minister for Covid-19 Response – also the Minister for Open Government - to delay the release of all policy papers relating to vaccination certificates until January 2022.

The Council’s chairman, Thomas Beagle, described the Minister’s response as 'a disgraceful affront to open government and Aotearoa New Zealand’s democracy. It is unacceptable that MPs and the public won’t be able to read these crucial policy documents before considering the legislation to impose the vaccination certificate system. 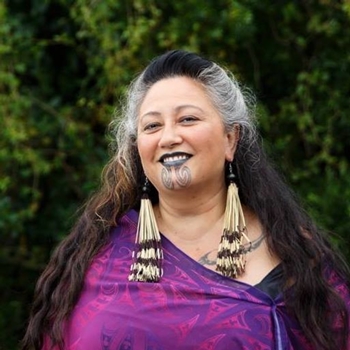 'Ministers have continued to avoid setting out the issues involved in the public health/civil liberties trade-off that vaccination certificates will bring about. The failure to be open and straightforward with the public reflects poorly on a government that likes to boast about high levels of public trust, and how transparent it is.'

Perhaps apprehensive that its latest squalid surrender to the demands of the Labour Government will not be looked on kindly by many of its supporters, the Green's have called for  a 'review' of the legislation.

What the Green Party thinks will be achieved by such a 'review' is uncertain but, nevertheless,  Green COVID-19 Response spokesperson Dr Elizabeth Kerekere, says ' it is important people are still given an opportunity to have their say on its implications.'

When she said this, Kerekere was standing beside an open stable door, watching the horse bolt over the fields and over the horizon.

Meanwhile, Green co-leader Marama Davidson hasn't allowed herself to be bogged down by the weighty implications  of the Covid-19 Response (Vaccinations) Legislation Bill. Yesterday she tweeted that she was 'Excited for upcoming summer holiday with whanau leaving Manurewa for Pt Chev. Gonna be ace.'