SURVIVAL OF THE WEALTHIEST 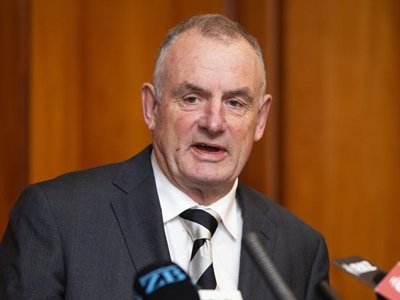 As the country awaits the outbreak of Omicron and with Prime Minister Jacinda Ardern warning that Covid19 cases in 2022 'will be unlike anything  seen here before', Trevor Mallard wants people to stock up with groceries - if they can afford it. But lots of people can't afford it and the Labour Government isn't offering any financial assistance.

AS SPEAKER of the House, Trevor Mallard is on a salary package of $354,000. He is a wealthy man and there is a good chance he is unfamiliar with the cost of everyday grocery items like bread and milk. Trevor Mallard is not the kind of guy who needs to shop around, looking for the cheapest prices.

Nevertheless Mallard has been keen to offer the rest of us not on $354,000 a year some shopping advice. Mallard has tweeted: 'Omicron is coming and when it arrives it will spread quickly. If you can afford it will pay to stock up a bit. There will be thousands of close contacts a day. If I’m not one of them I will be happy to do grocery and medicine runs for Wainuiomata people.'

But therein lies the problem. There are thousands of people who can barely make it to the end of each week. Maybe Mallard hasn't noticed, but at a time when incomes have stagnated and benefits remain at subsistence levels, the cost of living has continued to increase. People on low incomes and on benefits do not have the financial resources to 'stock up a bit'. For too many folk in this country, the choice can often be between paying the rent or buying groceries.

So what happens when Omicron strikes and people, already struggling to keep their heads above water, are struck down by the virus? What are they expected to live on? Fresh air?

Despite the usual empty words of concern being expressed by Prime Minister Jacinda Ardern, her government is offering nothing in the way of financial assistance. Having already rejected the use of lockdowns, the Government has effectively abandoned people to their fates. Its not a case of survival of the fittest though, this is more about the survival of the wealthiest.

Its worth noting that since the pandemic struck, the business sector has received some $20 billion in public money in the form of subsidies and other handouts.