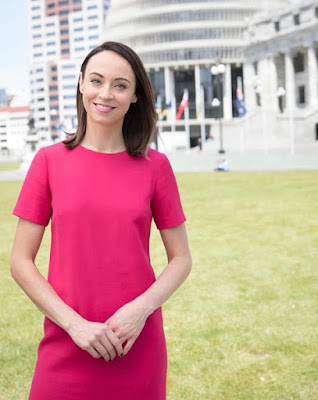 ON TODAY FM Tova O'Brien accused ACT leader David Seymour of playing the race card in his criticism of the He Puapua report  and the Labour Government's agenda around co-governance. Coincidence or not, her attack on Seymour has neatly coincided with a similar attack from the Minister of Maori Development Willie Jackson.

Jackson tweeted 'Oh, you want a debate about co-governance now do you, @dbseymour? Let's get it on!' Such apparent gung-ho enthusiasm for a debate stands in stark contrast to the past behaviour of his Labour Government. Despite it receiving the He Puapau report in November 2019 Labour kept it well away from public scrutiny until after the 2020 election. People can be justifiably sceptical about Jackson's sudden commitment to open and democratic debate. Perhaps he's starting to feel the pressure that public scrutiny can bring with it.

As one of the prime movers of the 'co-governance' model, Jackson has tried to frame Maori economic and political inequality as the result of 'racism'. Its also a view that has been repeated many times before by Tova O'Brien as a reporter for TV3. And she's repeating the well worn - and government approved - argument on Today FM declaring that, as a result of racism, 'inequality for Maori is writ large in the healthcare system, the justice system, a lack of housing, access to education, life expectancy. '

Any objection to this view is regarded as inherently racist by O'Brien. But the obvious difficulty with the argument of O'Brien and Jackson is that while they might protest the inferior economic and political circumstances of Maori, they remain loyal to a economic system that has done little to benefit the lives of working class Maori.

During his own time as a talkback host Willie Jackson often repeated his support for the 'free market' while, at the same time, making clear his antipathy for socialist politics. Its convenient for multi-millionaire Willie Jackson to focus on race to avoid talking abut much more fundamental issues such as wealth redistribution.

Jackson, despite his claims to be a champion of Maori interests, has little interest in challenging the neoliberal status quo. Despite being a senior member of the Labour Government he has never once publicly challenged its neoliberal policies and direction.  Instead he seeks, under cover of 'co-governance' a position of influence within capitalism for a Maori elite that he represents - regardless of the fact that only a small minority of Maori  have benefited from neoliberalism and the 'free market'. That small minority includes Willie Jackson.

His failure to act goes some way to explain his lack of support from working class Maori themselves, as a recent The Hui poll revealed.

Tova O'Brien says that 'New Zealand 2022 is not New Zealand 2004'. Such a sweeping and wrong generalisation can only be made by someone seemingly oblivious to the fact that we are still living in a class-ridden capitalist society. If anything, New Zealand's level of inequality has only worsened since 2004. For both the Pakeha and Maori working class life has not got better.

We should remind ourselves that it is this very economic system that Willie Jackson and the Maori elite want a piece of. Of what possible benefit will this be to working class Maori? None whatsoever.

What the supporters of He Paupau fail to recognise is that the best way to secure benefits for Maori is to secure them for everybody. But this is seemingly a bridge too far for those who want to talk about 'systemic racism' but have nothing to say about the role of our economic system. Unfortunately criticism from conservative politicians like David Seymour means they can pretend to be pursuing a progressive project. Race reductionist politics represents little more than the liberal wing of neoliberalism.

Willie Jackson promotes a race-based politics that opposes class solidarity. But you can't fight racism without fighting capitalism. That's something that Martin Luther King also believed as well. In 1967 he said in a speech:

'The evils of capitalism are as real as the evils of militarism and racism. The problem of racial injustice and economic injustice cannot be solved without a radical redistribution of political and economic power.'

I doubt though that we will ever hear Tova O'Brien talking about this.