Home » co-governance » maori » willie jackson » THE TYRANNY OF THE MINORITY

THE TYRANNY OF THE MINORITY 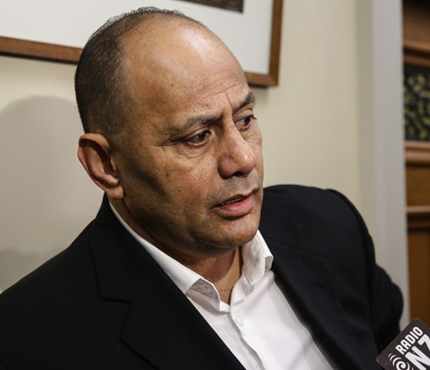 DURING HIS years on talkback radio multi-millionaire Willie Jackson would join with his co-host John Tamihere in mangling real political discussion into crude generalisations and convenient soundbites. You can well imagine Jackson tubthumping about the 'tyranny of the majority' on the radio airwaves. It would obviously have better entertainment value - and be better for the ratings - than more cerebral and serious political analysis.

But it won't do when you are the Minister of Maori Development and you are trying to convince an increasingly distrustful public of the rightness of 'co-governance'. Yet on Sunday's Q+A Willie Jackson could be heard crudely misrepresenting New Zealand's representative democracy as the 'tyranny of the majority'.

Said Jackson:  'It's not the tyranny of the majority anymore, that's what co-management and co-governance is about. It's nothing to fear.'

The immediate question is to ask what 'tyranny of the majority' is Jackson talking about. His posturing might appeal to RNZ-listening liberals who think 'co-governance' is 'progressive', but it simply doesn't square with the political reality.

Over the course of the past three decades neoliberalism has hollowed out our representative democracy to the point that exactly zero opposition can be heard to neoliberalism in Parliament.

We are living in a zombie democracy. It looks like a democracy, sounds a little like a democracy and even adheres to some democratic conventions but in reality, it is merely a facsimile of the real thing. Its little wonder that some three quarter of million New Zealanders no longer vote when they are confronted with a slate of parliamentary parties who are loyal to neoliberalism and the minority who benefit from the maintenance of the economic and political status quo.

But listen hard. That silence you hear is Willie Jackson not criticising the neoliberal status quo. He's never done that, either in or out of Parliament. Indeed during his time as a talkback host he made it quite clear his loyalties lay with 'the market'. He not only dismissed socialist politics he even commented that he wasn't necessarily 'left wing' either. Such loyalty to market interests and the Labour 'brand' eventually lifted Willie Jackson into the cabinet.

So while Willie Jackson might claim 'co-governance' is all about political justice for Maori, he continues to support the very economic policies that run counter to the interests of working class Maori. This is the 'tyranny of the minority'. This is 'the tyranny of the one percent'. This is the real tyranny that Willie Jackson isn't quite so keen to talk about and which the mainstream media obligingly fails to question him about.

What the Minister of Finance Grant Robertson has described as 'adapting core democratic principles to ensure better outcomes for Maori' will actually further entrench  a political and  economic status quo that will continue to disadvantage working class Maori.

As Auckland Associate Professor Elizabeth Rata has observed, the ideology of biculturalism and tio rangatiratanga is being used by the Maori bourgeoisie- of which Jackson is part - to position itself as an elite within the capitalist state. It offers no threat to the political establishment and is content with achieving what it considers to be equal footing within neoliberalism - not to overturn it.

The failure of the Maori caucus, led by Willie Jackson, to present an alternative to Labour's market friendly policies is ample evidence of that.

A year or so ago I referenced an excellent 2015 article by John Moore. In  'Treaty Politics versus Class Politics',  Moore quotes the group Te Roopu o Te Matakite who, in 1977, were campaigning for working class unity:

'We see no difference between the aspirations of Maori people and desire of workers in their struggles. We seek the support of workers and organisations, as the only viable bodies which have sympathy and understanding of the Maori people and their desires. The people who are oppressing the workers are the same who are exploiting the Maori today.'

But after three decades of neoliberal dominance New Zealand mainstream politics has shifted to the right and Maori politicians like Willie Jackson and many 'progressive' activists have hitched their wagons to the very economic system that Te Roopu o Te Matakite condemned.