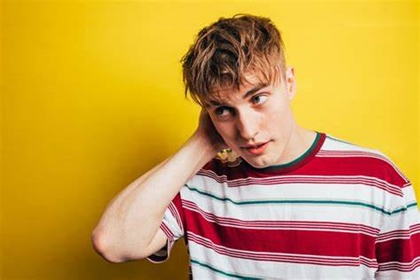 SAM FENDER deservedly  won Best Rock Act at the Brit Awards a few weeks ago, an award that is voted for by the fans. He won ahead of such international mega-acts as Coldplay.

I was especially pleased he won as Fender is from the same town where I was born and grew up. North Shields is a working class town in the north east of England, near Newcastle, and Fender's music reflects his working class roots. Its gritty and uncompromising. The video to 'Seventeen Going Under' was shot in and around North Shields.

Fender describes himself as something of a socialist and supported former Labour leader Jeremy Corbyn: 'I think his heart was in the right place and that's something we've not seen in a long time.'

North east England was part of Labour's 'red wall' which was dismantled by the Tories at the last election. Fender says he's convinced that the Conservative wins in the north of England were the result of the broader left's discarding of class politics as a unifying  issue.

He told Big Issue : 'You’ve got to ask yourself why this is happening. And I think it’s because we’ve got a lot of culture wars being fought at the moment, which need to be fought, for things like LGBTQ+ rights, and racism, and gender inequality. It’s about fucking time that we’re having the conversations we’re having. But what I think isn’t really spoken about much is class. I don’t think a lot of the left-wing, liberal papers talk about class as much as they probably should. Or they forget that class is threaded through all of these discussions.'

Fender says he gets fed up with liberals talking about 'white privilege'.

'You tell people in the north that they've got white privilege when they've grown up in a fucking estate, in poverty. It doesn't fly with them. They’ll probably feel like they’re being preached to by a bunch of really privileged people.'

Fender thinks that UK Labour needs to recruit a younger generation of working class voices if it wants to turn things around. But that's not going to happen under present centrist leadership of Keir Starmer, presently waging a war against the left within the UK Labour Party.