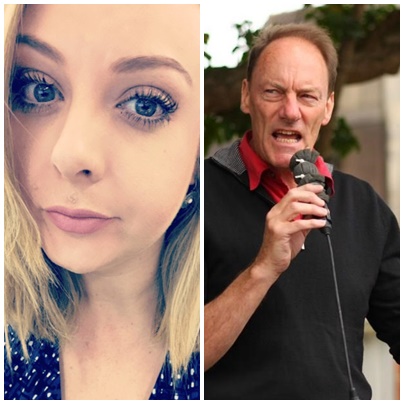 Public discontent with the  political status quo is widespread say John Minto and Ani O'Brien. The question is - what are we going to do about it?

WHATEVER THE result of the general election next year, we can be certain that for hundreds of thousands of New Zealanders things won't change a bit. On a depressingly long list of issues - from inequality to healthcare to climate change - it will be business as usual. The interests of  the market will continue to be protected even if isn't in the best interests of the country.

This is a view that has recently been repeated by veteran activist John Minto. Writing on The Daily Blog and under the headline  'Luxon v Ardern: Is this the best we can hope for?'  Minto comments:

'Labour and National are dominated by a neo-liberal consensus which has ironed out any significant differences in their policies. Labour is just as likely to be on the right of National on any issue and the Labour and National tribes loath each other more than any passion they may have for the welfare of the people.'

And for those who might have thought Minto was about to go campaigning  for the Green Party, he is equally critical of the Green's as well:

'....the Greens these days look too comfortable. They have neutered themselves in Labour’s shadow. They are not hungry enough nor outraged enough to drive for meaningful change. What campaigning they do seems lacklustre – just going through the motions.'

Over on The Platform, digital editor Ani O'Brien has also expressed similar views. Once the press officer for former National Party leader Judith Collins and the spokesperson for the feminist group Speak Up for Women, O'Brien writes:

'One need only pay attention to the rhetoric coming from both leftwing and rightwing political circles to see that the change desired is radical. In fact, even disregarding the traditional political spectrum, and viewing New Zealand through a populist lens, it is evident that the status quo is rather detested.'

The 700,000 or so New Zealanders who now no longer vote is evidence enough of the widespread antipathy to our present slate of political parties - something our mainstream media continues to conveniently ignore.

With the entire political process having shunted to the right there exists a space for a party that represents workers, the climate and an equitable society.

But that space has existed for years and it continues to be unfilled largely because the liberal left remains obstructionist and continues to peddle the fiction that Labour is reformable, even though the past three decades tells us it isn't. if this argument fails to convince folk then the liberal left falls back on its increasingly nonsensical 'lesser evilism' - the idea that, somehow, an anti-worker Labour Government is somehow preferable to an anti-worker National Government.

If real systemic change is going to happen, it'll have to come from an independent third party, one committed to giving government back to the people. Because we know that the status quo simply allows the one percent to remain in control. And we should be absolutely clear that a vote for either Labour or the Green's is not progressive. It is a vote for keeping things exactly the way they are.