SHIREEN ABU AKLEH : THE MURDER OF A JOURNALIST 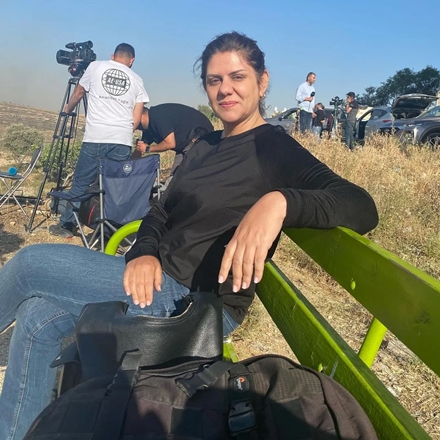 While the Labour Government has been loud in its condemnation of alleged Russian war crimes in Ukraine, it has so far had nothing to say about the murder of Al Jazeera journalist Shireen Abu Akleh by the Israeli military.

Even though in the last twenty four hours  Israeli Defence Minister Benny Gantz has conceded that Abu Akleh may of been shot by 'our side', we can be quite certain that no Israeli soldier will ever appear in a Israeli court charged with her murder.

But this is not an isolated incident nor is it a tragic 'accident'. For decades Israel has routinely targeted journalists. According to the Palestinian Journalists Syndicate (PJS), since Israel’s occupation of the West Bank, East Jerusalem and Gaza in 1967, an estimated 86 Palestinian journalists have been killed. More than half have been killed in the years since 2000.

And while the United States and its allies may be serious in its pursuit of those who have committed war crimes in Ukraine, Israel gets to commit similar crimes with impunity. The United States has nothing to offer the Palestinian people but hollow expressions of 'sympathy' and calls for an 'investigation' that will go exactly nowhere.

While the New Zealand Government has also been vociferous in its condemnation of alleged war crimes being committed in Ukraine by the Russian military, it has so far remained silent about the murder of the celebrated Al Jazeera journalist.

This is also predictable. Ever since Nanaia Mahuta was appointed foreign minister in 2020, the Labour Government has had next to nothing to say about Israel's ongoing war of oppression against the Palestinian people.

Last year when Israel launched hundreds of air attacks in Gaza resulting in the deaths of numerous innocent Palestinians, the best Mahuta could come up with was to express 'grave concern abut the escalation of violence'  - but falling to condemn the perpetrator of that violence.

Meanwhile declared Zionist Juliet Moses has been trying to muddy the waters in New Zealand. A spokesperson for the New Zealand Jewish Council, she is peddling the view that Al Jazeera's account of Abu Akleh's murder can't be trusted. Her lack of compassion for the murdered journalist is chilling but familiar.