JAMES SHAW : HEADING FOR THE EXIT? 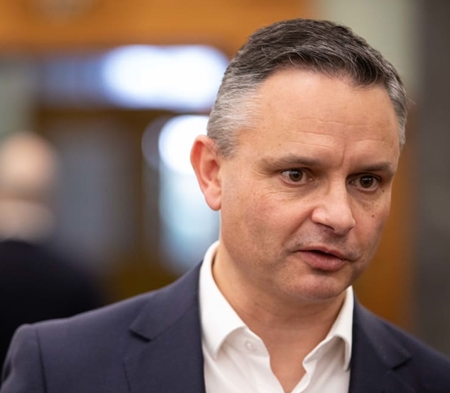 The removal of James Shaw as a co-leader of the Green Party won't necessarily lead to the party abandoning its centrist politics and its uncritical support for the Labour Government.

IT SEEMS that James Shaw thought he would be automatically  re-selected as Green Party co-leader and that he hasn't has been something of a shock for him - and his fellow loyal co-leader Marama Davidson. Almost a third of the 107 delegates at the party's online annual general meeting effectively decided that, actually, they weren't all that keen with Shaw remaining co-leader. The vote against him easily exceeded the 25 percent threshold to, effectively, launch a leadership contest. Unaccustomed having to justify himself to the wider Green Party membership, Shaw finds himself exactly in that position - depending on who emerges to challenge him.

'This is obviously a bit of surprise,' a grim-faced Shaw told a hastily assembled press conference but then added 'It is hard when there is a group that's organising against you.'

With that statement Shaw has already gone into campaign mode. By suggesting that he is the victim of a shadowy group of conspirators who have sought to undermine him, Shaw has simply denied that grassroots opposition to his leadership has been growing for some time. But Shaw, wafting through the corridors of parliamentary power as the Minister of Climate Change, seems to have been either oblivious or indifferent to the challenge emerging from the grassroots of the party. Maybe he needed to get out more.

Even the resignation of senior members of the Green Party earlier this year doesn't appear to have alerted Shaw to the precariousness of his position. Nor has the criticism that has come from ex-Green MPs like Sue Bradford who said earlier this year:

'Some of us really tried hard to allow real democratic participation in policy-making and a lot of that seems to have gone west now... That pressure to keep the party totally under control of the caucus and the caucus totally under the control of James Shaw - that's been happening for a long time.'

While James Shaw and Marama Davidson continue to deny it, there is a widespread view that the Green Party leadership have sold the soul of the party for a couple of ministerial positions outside cabinet. The co-operation agreement that Shaw and Davidson signed with Labour shortly after the last election is viewed by the left wing of the party as having fundamentally compromised the Green's as a credible alternative voice in Parliament. Bradford has characterised the agreement this way:

'It just didn't make sense to many of us. They just don't seem to understand realpolitik - what politics is about. It's about power, it's about numbers. In their desperation, they've had this taste of ministerial power so that getting ministerial positions is all that matters, even though it absolutely stabs at the heart of any ability of the party to campaign in a major way on the issues that really matter to it, on clear pro-environment, pro-people positions.'

Its not a coincidence that the move to unseat Shaw comes at a time when the climate crisis has deepened. The extreme temperatures in Britain and fires raging across Europe have led to scientists warning that the planet is warming at a faster rate than projected. 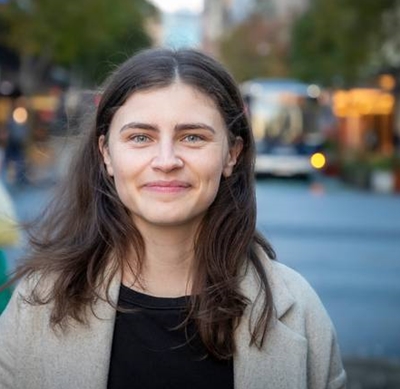 The corporate-friendly climate change policies of the Labour Government are plainly inadequate to tackle the crisis we are confronted with. For many Greens it has been a bitter pill to swallow that James Shaw, as Climate Change Minister, has played a central role in the formulation of these weak policies. Shaw represents an insidious brand of corporate environmentalism that stands in the way of real change. He - and Marama Davidson- are out of step with an international movement, led by activists like Greta Thunberg, that is calling for system change, not climate change.

While the progressive wing of the Green's want Shaw gone, it won't necessarily bring about the upending of its centrist politics. While Chloe Swarbrick, if she puts her name forward, is the popular favourite to replace Shaw, she has rarely disputed  the party's centrist orientation. With the conservative Marama Davidson still at the helm, pulling the Green's out of the neoliberal quagmire will require a further push by grassroots activists.