Home » capitalism » inflation » neoliberalism » THE WINTER OF OUR DISCONTENT

THE WINTER OF OUR DISCONTENT 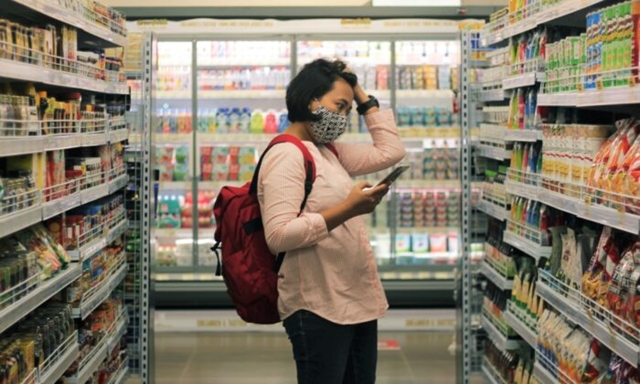 The inflation rate has hit an unprecedented 7.3 percent, the highest in three decades. The 'solution' proposed by the Labour Government and the Reserve Bank is to make workers pay.

WITH INFLATION hitting 7.3 percent, the highest figure in three decades, the Minister of Finance has been monotonously attempting to attach the blame for the rocketing increase in the price of living to factors beyond the Government's control. According to Grant Robertson its 'global pressures' such as the war in Ukraine that are pushing prices up. But he is, to put it mildly, being evasive.

This week Ricky Houghton passed away. He was chief executive of the He Korowai Trust which provides housing and social services in the Far North. While the tributes for Houghton have flowed from establishment politicians like the Minister of Maori Development Willie Jackson and Green co-leader Marama Davidson, the veil has been quietly drawn over Houghton's pointed criticisms of Labour Government policy.

In January Houghton decried the lack of Government assistance being provided for the people he represented. He said that people would soon to be forced into desperate measures simply in order to survive:

'The people who 'have-not' will be taking what they need - and food is a basic human right - they will be taking from those that have. It has to be fixed, the government has to intervene.'

There has been intervention though - but not the kind of intervention that Houghton was demanding. During the first two years of the pandemic some $20 billion was shovelled in the direction of the business sector. In stark contrast beneficiaries and the poor received a derisory $48 million. Not much 'kindness' in evidence here.

Yet it was only last year that Prime Minister Jacinda Ardern  declared that  'The test of equity and fairness is how you manage a crisis ... I'd like to think through the last two years we've demonstrated Labour values. We will continue to demonstrate our ability to manage challenges and change when it comes to climate, housing, poverty, everything we continue to face as a nation.'

In a column that is sure to earn him the further ire of Labour Party loyalists (and maybe a complaint to the New Zealand Media Council), Bryce Edwards observes:

'Although few politicians or even economists want to acknowledge it, the decision to launch massive Covid stimulus spending has played a central role in the current crisis around the world, including New Zealand.'

He goes on to say:

'The massive Covid expenditure may have had some justification - they were trying to ward off a recession - but politicians and the central banks targeted this spending in ways that advantaged the rich, and continued to pour money into those economies well after the Covid economic crisis was stabilised. Similarly, the Government's Wage Subsidy Scheme was set up to meet genuine need, but poor design saw much of the $20b flow into the bank accounts of the rich.'

But while working people and the poor have not benefited from the great covid cash splurge they will forced to pay for the consequences of loosening monetary policy and the country being awash in cheap credit. The Government is looking to the Reserve Bank to bring inflation under control and it will lead to recession. 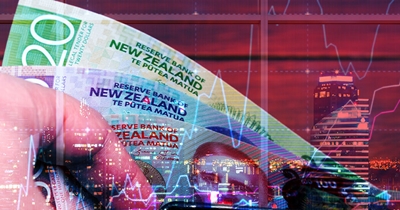 The only tool in the Reserve Bank's  toolbox is increasing interest rates. But let's be quite clear abut this: the steady increase in interest rates means that it will be workers who pay. While such a description is not in the vocabularies of liberal commentators, this is class war.

Increasing interest rates in an attempt to cool the economy will only drive up unemployment  and put further downward pressure on wage levels. And beneficiaries can wave goodbye to any  possibilities of any further financial assistance for years to come. If you think times are tough, they are about to get a lot tougher. Of course the comfortably well off, like Jacinda Ardern and Grant Robertson, will continue to live the plump lifestyles that they have grown accustomed to.

Are there alternatives? Yes, there are. Mainstream economists  and commentators avoid talking about the possibility of tackling inflation by constricting profit margins but it is a realistic and viable alternative. What if instead of raising prices, the business sector was made to do with smaller profit margins? That's the thinking behind a windfall tax.

Researcher Edward Miler of First Union observes that Treasury's corporate tax data shows that in "the year to March 2022, corporate profits in this country had spiked by a pretty staggering 39 percent...Profits jumped up to $72b in that most recent year. They hadn't been at that level prior. And it's the biggest increase that we've ever seen, both in terms of the raw dollars, whether that's inflation adjusted dollars or non-inflation adjusted dollars, and it's also the biggest percentage increase that we've seen, ever.'

Targeted price controls and the socialisation of public needs (like electricity, for instance) could also be employed to decrease the cost of living. There is a valid and credible argument for basic food necessities to be provided at low cost through a public and democratic food service. Why should we remain hostage to two supermarket chains?

But is there the political will to campaign for such measures as a windfall tax? Unfortunately the trade union top brass and the Labour left are extremely unlikely to take up the cause. With Labour struggling in the polls they will not do anything that risks embarrassing the Government. The trade union hierarchy and Labour liberals are more than prepared to sacrifice the interests of working people and the poor in order that a lightweight and ineffectual Labour Party leader has a chance of remaining Prime Minister. We are facing serious economic difficulties but the working class solutions that are available will be ignored by this Labour Government and its political allies. The historic failure to build a real political alternative to the neoliberal consensus has been exposed again.