GIORGIA MELONI : WHY SHE APPEALS TO SOME NEW ZEALANDERS 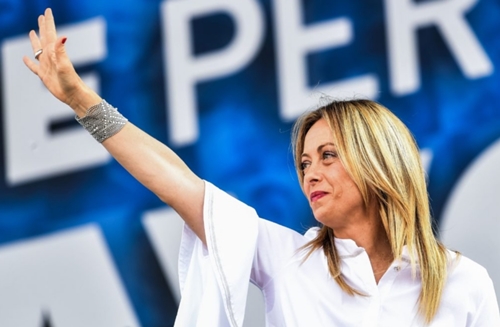 Some New Zealanders are attracted to the  politics of Giorgia Meloni, the new far right Prime Minister of Italy.

LIKE NEW ZEALAND, Italy has seen declining participation in its elections. In the postwar era voter turnout was consistently over 90 percent but in the last three decades turnout has steadily declined. While this has been invariably characterised as 'voter apathy' by commentators loyal to the status quo, it represents, as in New Zealand, a continuing disengagement from a 'representative democracy' that many working class people have judged to be - rightly - as neither representative or democratic.

Into this political environment has stepped the far right's Giorgia Meloni. Against the backdrop of a record low turnout of just 64 percent, Meloni is destined to be Italy's first female Prime Minister. Her party, Fratelli di Italia (Brothers of Italy) attracted just 26 percent of the vote but will cobble together a coalition with two minor parties including Forza Italai, the party of former Prime Minister Silvio Berlusconi.

But in New Zealand, as elsewhere, there have been attempts to distance Meloni from her links with Italian fascism by describing her as 'centre right' or 'conservative'. Her supporters have also blamed the left for 'dishonestly' portraying her as a neo fascist. One person who has tried to do this is Craig Lord, presently campaigning to be the next Mayor of Auckland. He's tweeted:  'Well done Italy.  The new Centre-Right leadership is a great start. Yes, Its only the sappy left that are defining her as Far-Right. i.e MSM..' 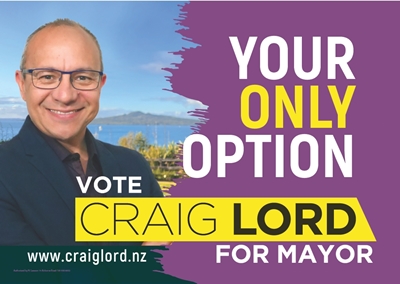 But to portray Giorgia Meloni as 'centre right' means having to sanitise both her political history and her present views. So airbrushed out of the picture is Meloni's activist work within the far right. As a fifteen year old, she joined the youth wing of the Italian Social Movement, founded after World War Two by supporters of Benito Mussolini. She has been fulsome in her praise of the Italian dictator: ' Everything he did, he did for Italy—and there have been no politicians like him for 50 years.'

Any portrayal of her as 'centre right' also has to avoid mentioning other uncomfortable issues like Meloni's support for 'replacement theory'. It argues that non-white immigrants are being permitted to enter Western nations by 'the left' as part of a plot to undermine or “'replace” the political power and culture of white people. This is the same theory subscribed to by the Christchurch terrorist Brendon Tennant and which he writes about in his so-called 'manifesto'.

Much of Meloni's success has been due to her ability to portray herself as political outsider opposed to a political elite that have overseen Italy's political and economic decline. There has been something Trumpian about her consistent attacks on a liberal establishment that has allowed the reconfiguration of society under neoliberalism to exclusively benefit the rich. Meloni has been able to capitalise on the inevitable backlash from those who been forced to carry the burden of neoliberalism's enrichment of the few at the expense of the many.

While Meloni might claim she represents 'the people' she also harbours a deep dislike for Italy's postwar democracy which she views as a failed product of liberalism. It comes as no surprise that she has, on occasion, floated the idea of a constitutional ban on ' apologia for communism and Islamic extremism'.  This is little more than a proposed attempt to suppress the Italian left.

While the opinions expressed in the social media are not necessarily reflective of New Zealand as a whole, other comments similar to that of Craig Lord do indicate there is a degree of support for the politics of Giorgia Meloni. Also hostile to the liberal establishment, they clearly think that a politician like Meloni could 'get things done' in New Zealand.  A far right politician who says they are on the side of the working class and promises economic prosperity for those who have long been denied it, would certainly find support among those who have given up on a New Zealand representative democracy that, for the past three decades, has offered nothing more than more of the same. The liberal left, if it ever gets to recognise this potential threat, needs to start offering something more than the discredited argument that Labour represents the 'lesser evil'. That argument is long past its use by date.