ON OPTIMISM AND PESSIMISM 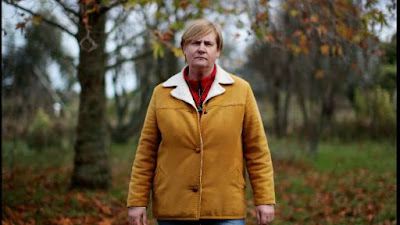 We live in scary times but NZ Herald columnist Rachel Stewart has concluded that the fight must go on.

IT WAS ONLY a few months ago that Rachel Stewart was writing that, in the aftermath of Jacinda Ardern's elevation to Prime Minister, she was basking in the glow of a new found optimism. It appears though that Rachel's optimism has been shortlived. The new year finds her in a more sombre mood.

In her first NZ Herald column for 2018, she explains that the fate of the planet and of humanity itself is weighing heavily on her mind. Her prognosis is a gloomy one. She writes:

"My nose tells me that 2018 already smells like the Anthropocene – the sixth mass extinction – and my eyes tell me that we are losing species at an alarming rate. The collective human impacts on our blue ball are now influencing Earth's atmosphere, geology, hydrology, biosphere and other earth system processes. In other words, we've got trouble."

She also observes that, if we carry on the way we're presently behaving, many scientists think that humankind might have no more than a hundred years left. Rachel thinks this is 'ridiculously optimistic'. It also puts the present coalition government's intention to 'achieve' zero carbon emission by 2050 into perspective as well.

I don't think Rachel is being melodramatic. I think she's being realistic and good on her for not sugar coating what would of been an unpalatable message for many NZ Herald readers.

We are indeed living in unprecedented- and scary - times.

As Donald Trump has begun his assault on environmental and climate protection in the U.S, every day we seem to be hit with new stories about the scope and scale of our global ecological crisis—from the mass bleaching of corals, to extreme weather events like severe droughts and hurricanes taking the lives of thousands, to the news that we are currently living through the world’s sixth mass extinction, or that the UN Food and Agriculture Organization predicts we only have 60 harvests left.

And, as Rachel also observes, we are hamstrung by governments who have chosen "profit over the perpetuation of people.' While capitalism chews up the planet , politicians continue to insist that they can bring the beast to heel - while it inexorably drags us all over the cliff.

How do we approach this crisis as ordinary human beings? There are alternatives and most of them aren't very productive. Rachel observes that retreating into our private lives isn't a solution:

"You may be busy with whatever your deal is – consumption, capitalism, cows, cars, Christ. None of which changes what's coming. (Pro tip: It's not the Second Coming).

Or you're busy bargaining, or being angry, or even denying there's a problem at all. You may even be stuck in depression."

Perhaps Antonio Gramsci, the great Italian revolutionary, can be a guide. He wrote that he was a realist because of intelligence, but an optimist because of will.' Yes, we must boldly face the crisis that confronts us but we will not be overcome by it.

Nobel Prize-winning author Albert Camus wrote that the great philosophical question is whether one commits suicide or not. If the answer is 'no', it means there is something worth living - and fighting- for.

Although I'm not suggesting that Rachel was ever considering anything as final as suicide, I also think she has decided there are still things worth fighting for - that there is still a world to win. She concludes her column:

"In other words, I'm back. All guns blazing, and defiant 'til the end. Until it all fades to black."

In 1901, the young Lev Davidovich Bronstein, who was later to be known to the world as Leon Trotsky, wrote about pessimism and optimism at a time when the world faced an uncertain twentieth century:

And now that century has come! What has it brought with it from the outset?

In France – the poisonous foam of racial hatred;  in Austria – nationalist strife ...; in South Africa – the agony of a tiny people, which is being murdered by a colossus; on the ‘free’ island itself – triumphant hymns to the victorious greed of jingoist jobbers; dramatic ‘complications’ in the east; rebellions of starving popular masses in Italy, Bulgaria, Romania ... Hatred and murder, famine and blood ...

It seems as if the new century, this gigantic newcomer, were bent at the very moment of its appearance to drive the optimist into absolute pessimism and civic nirvana.

– Death to Utopia! Death to faith! Death to love! Death to hope! thunders the twentieth century in salvos of fire and in the rumbling of guns.

– Surrender, you pathetic dreamer. Here I am, your long awaited twentieth century, your ‘future.’

– No, replies the unhumbled optimist: You, you are only the present.