THE AUTHORITARIAN VIEWS OF MORGAN GODFERY 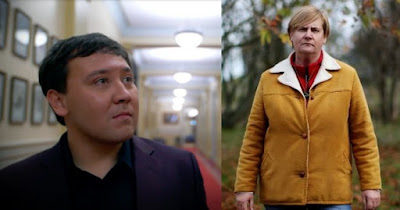 Labour Party friendly media commentator Morgan Godfery remains pleased that he helped to silence Rachel Stewart, a former columnist for the NZ Herald and who won opinion writer of the year at the 2016 Canon Media Awards.

LAST YEAR THIS BLOG reported on the campaign of on-line harassment waged against Rachel Stewart, a former columnist for the NZ Herald. She withdrew from Twitter in May last year, commenting that the constant abuse she had received on Twitter had adversely impacted on her life generally:

'Plus, as you know, I do get knocked around a bit. I still will in absentia of course, but I won't see it. Reading endless screeds of hysteria and untruths about oneself has become somewhat passe, and I realise now that it's having an effect on my ability to enjoy simplicity, and the things that I really care about - birds, rivers, wildlife, and my partner.'

The campaign against Rachel Stewart was kicked off by a column she wrote for the Herald in which was critical of individuals being able to change the details of their sex as registered at birth. That column provoked calls for her sacking from the Herald. I wrote at the time: 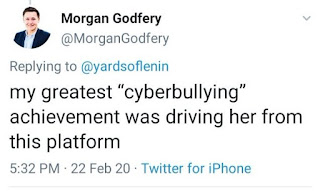 'The authoritarian urge to censor contrary views that is at the core of liberal identity politics has been highlighted by the campaign not only to drive Rachel from Twitter but to have her dismissed as a NZ Herald columnist. '

The column was  subject of a complaint to the NZ Press Council. It did not uphold the complaint of discrimination commenting 'That it is the function of free media in a democratic country to provide a platform for the expression of views reflecting strongly held convictions and for the debate about them, even if some of those views are expressed in a way that is offensive, disrespectful, or extreme by many people's standards.'

But Stewart's political opponents failed to take on board the view of the NZ Press Council and continued their campaign against her. One of the shrill voices calling for her sacking from the NZ Herald was Labour-friendly commentator Morgan Godfery. 'She needs to go." he tweeted. 'She shouldn’t have a place in public life.'

Godfery remains pleased with himself that he helped to silence one of the few progressive voices working in the mainstream media. He recently tweeted that one of his greatest achievements last year was driving her from Twitter.

Yesterday Godfery popped up on that epitome of middle class liberalism, RNZ's The Panel, where he pontificated on various issues. He was quite entitled to express his views, a principle he is not so eager to extend to others he might disagree with.