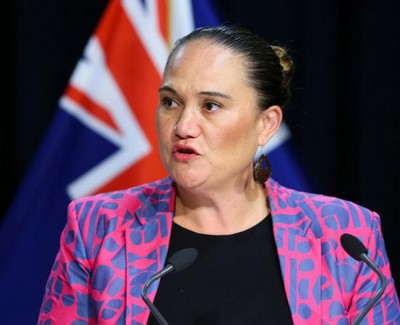 The Minister of Social Development, Carmel Sepuloni, has rejected appeals from community groups to provide financial relief for beneficiaries and the poor during the present pandemic. But there's still plenty of money in the kitty for the business sector...

IF YOU happen to believe everything you hear on the six o'clock television news bulletins, one of the central drawbacks of the current lockdown is that people just can't go to bars or restaurants or coffee shops or fast food joints. It seems that the young reporters at both TVNZ and TV3 have uniformly decided that delivering their news reports while standing in front of a closed bar or coffee shop symbolises the sense of loss that we are all feeling, sans cappuccino or latte.

We can predict that once the lockdown is over the very same reporters will be standing in front of the queues outside McDonald's or KFC cheerily announcing the resumption of normal services. Civilisation has survived in the shape of a Big Mac. The nation can rejoice.

Standing in front of a fast food outlet and providing free advertising for a global corporate  provides more infotainment though than simply reporting that the Minister for Social Development has declined to bring forward April's benefit increase, the second instalment of an increase announced in this year's Budget. The benefit was increased by $20 in April this year and will increase again by approximately $30 next April.

But, in these tough and uncertain times, Carmel Sepuloni has rejected the appeals of community groups to bring forward next year's increase. Nor has she any intention of providing any further financial support for people on low incomes, even though the benefit increase has already been eaten up by rent increases.

Three years ago, 100,000 food grants were handed out by Work and Income in the first three months of winter. That increased to at least 500,000 last year -  and this was before the pandemic hit.

But there will be no special COVID 19 special financial relief package for beneficiaries and the poor. They have been reserved for the business sector. More money is being funnelled into the top end of town through a range of government policies designed to help business meet the costs of wages, rent and fixed costs as well as provide some cash flow while the economy remains in a near coma.

During last year's lockdown the business sector was the recipient of some $14 billion of government money. On the back of the massive handout many businesses recorded fat profits. Despite the huge profits, some businesses decided not  to pay back the money they received from the government. That included Hallensteins Glasson, Fletcher Challenge, Harvey Norman, Kathmadu and Fulton Hogan.

New Zealand business has springboarded from government money to make millions at the expense of low wage workers and funnelled the profits to its owners and shareholders.

In New Zealand the number of millionaires has grown by a third the past five years but, as a consequence of the pandemic, will surge by 72 percent over the next five. Meanwhile the number of ultra-rich individuals (worth over $30 million each) will increase by 52 percent during the same period, according to a recent report from Knight Frank, a real estate agency.