AFGHANISTAN : DON'T EXPECT THE UNITED STATES TO LEARN ITS LESSON FROM THE DEBACLE 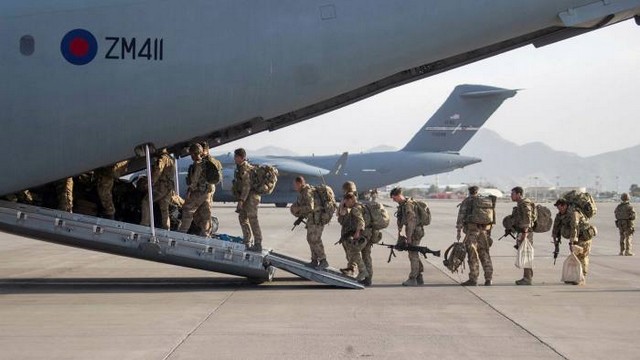 The United States might have signalled that the war in Afghanistan is over but that won't stop it waging war elsewhere when it believes its interests are threatened.

EVEN AS PRESIDENT Joe Biden stood before the nation tonight and defended his decision to withdraw American troops from Afghanistan, the accusations and allegations have continued unabated within the American  political establishment. And it hasn't been pretty. As journalist Abby Martin has documented for several years now, the American Empire may be crumbling but it still possesses an enormous capacity to deceive itself.

Inevitably no one is going to take responsiblity for the mess and the entire debacle has divided along the usual party lines.

Anyone who manages to watch Fox News for any length of time will know that the Republican Party has been delighting in Biden's discomfort. With the President suffering a sharp drop in public approval ratings, Republicans have not been slow in demanding that Biden should resign. Its hard not to conclude that this is payback time for the Republicans who had to put up with a war of attrition waged by the Democratic Party against President Donald Trump during his four year tenure. They also know that while most Americans support Biden's decision to leave Afghanistan, the majority also disapprove of his handling of the withdrawal. It has the potential to permanently undermine Biden's presidency and impact the Democrat Party's chances in the congressional elections next year.

But the Republicans are not arguing from a position of strength. It was, after all, Donald Trump who negotiated a deal with the Taliban to withdraw all American troops by May 1. Biden referred to this deal several times during his speech. Elsewhere, Democrats have described that deal as 'premature' and 'ill-conceived'.

But for those of us who are not blinded by a misguided loyalty to either political wing of American capitalism, we can accurately conclude that both the Democrats and the Republicans are culpable for the debacle that has unfolded. It might be twenty years ago  but both parties were united in their determination to invade Afghanistan to 'seek out and destroy' Al Qaeda. Since then both Republican and Democratic administrations have funnelled  tens of billions into a war that never looked like ending. And it wasn't long ago that another President, Barack Obama, was describing the Afghan war as a 'good war'. Its worth noting that New Zealand contributed its bit to this 'good war' and Prime Minister Jacinda Ardern has resolutely defended New Zealand's military involvement.

In 2019 the unofficial leader of progressive wing of the Democratic Party, Alexandria Ocasio-Cortez, described the invasion of Afghanistan as a 'mistake'.

'All of Congress was wrong, including the  GOP and the Democratic Party, and led my generation into a disastrous and wrong war.' she said.

Unfortunately the view of AOC and others like her have been ignored by the American political establishment for the past two decades - conservatives and liberals alike. 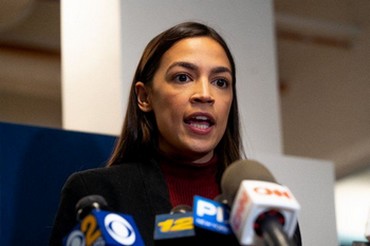 And the lessons from Afghanistan are being blithely ignored. CNN, largely the mouthpiece of the Democratic Party establishment these days, has been pushing the view that the United States was not defeated by the Taliban but rather by the unfortunate circumstances that conspired against it. This is the kind of mad thinking that will see the United States repeating the same old mistakes in the future with President Biden already declaring that the United States will act when its interests are threatened. The objectives of the American Empire are never idealistic or liberating. They are always driven by economic or strategic interests.