JOE BENNETT AND THE HIGH COST OF LIVING 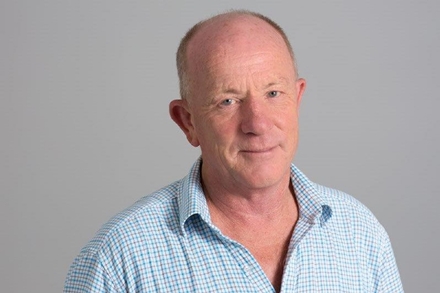 The current cost of living crisis impacts most on those who can least afford it - the working class and the poor. Yet the woke left is concerned about  more important things. Like a newspaper column by Christchurch writer Joe Bennett.

THE THREE WEEK occupation of Parliament grounds, forcibly ended by the police on March 2, was loudly condemned by the liberal left. While ostensibly an anti-mandate protest, the participants had various motivations for being there. But the liberal left, including the leadership of the trade union movement and most of the media, were intent on caricaturing the participants either as neo-fascists or the dupes of shadowy neo-fascist groups. Either way, the genuine grievances of the protesters were ignored.

Anyone who dared to suggest that the occupation was not neo-fascist were duly attacked for giving comfort to the far right. It was even suggested in some liberal quarters that those who refused to 'get with the program' deserved to have their employment terminated. They even went after the Human Rights Commissioner, Paul Hunt. He dared to suggest that 'issues of inequality need to be addressed, and not just in the traditionally disadvantaged groups that have been rightly prioritised for decades.'

Since then the political environment has largely returned to what is interpreted as 'normal'. The liberal left has returned to munching through the issues of the day like a dairy cow contentedly grazing on grass in a field. The anger it displayed during the Wellington occupation is noticeably absent. The best the liberal left can come up with is a mildly irritated blog post, Facebook comment or tweet.

Not that there's not a lot to be genuinely angry about. There's certainly enough to be angry enough for the union hierarchy to, say, organise nationwide protests. But it won't happen because that would embarrass the Labour Government. And, as the general election draws nearer, it will be all hands to pump to get this right wing Labour government re-elected.

But the level of inequality has continued to widen and, with it, the level of social desperation. As commentator Bryce Edwards has observed this week:

'The gulf between those who are financially very successful and those who are being punished by the current system is growing. Soaring food and energy prices are leaving growing numbers of people choosing between eating and staying warm. One bank has estimated that the average household will need to spend an extra $150 per week, money that won’t come from increased incomes. Hence foodbanks are in greater demand than ever before, with reports that middle income earners are being forced to use them as well as the poor.'

But the protests about these increasingly grim times have been few and far between. Indeed the same angry opponents of the Wellington occupation are the same people who are now defending the record of this Labour Government and still pretend that theirs is a noble cause. Come on down Neale Jones, Clint Smith, Marama Davidson and friends.

While the economy might be going to hell in a handbasket the liberal left are concerned about more important matters. Like a newspaper column by Christchurch writer Joe Bennett. His criticisms of the increasing use of te reo on RNZ National has provoked a level of criticism and comment from the woke left that issues like poverty and housing unaffordability never provoke. That's because that would involve criticising this Labour Government. So Labour-friendly journalists like RNZ's Mani Dunlop are happier heaping opprobrium on easy targets like Joe Bennett.

Such has been the criticism both the NZ Herald and the Otago Daily Times, paying little regard for free discussion and debate, have pulled the article down from their websites. That would have pleased Mani Dunlop who made it known on Twitter that she wasn't happy with the NZ Herald publishing Bennett's column.

Regardless of what people might think of the column, it will only confirm (again) for many that the political elite in this country is out of touch with the real concerns of working people. Perhaps that's because the political elite don't have to struggle to pay the rent or put food on the table each day.

In this country working class demands for economic justice have always been watered down by the Labour Party and its allies in the union movement and the media. Or they have been diverted into less dangerous areas. For the political elite, the culture war is a necessity, to divert and distract from the divide between the rich and the rest of us.

But perhaps the muzzling is reaching its limit and the Wellington occupation was not the end of the political backlash against the status quo but just the start.

As Bryce Edwards observes : 'It can be a powerful push to revolt when you are feeling impoverished, unheard, and unrepresented.'