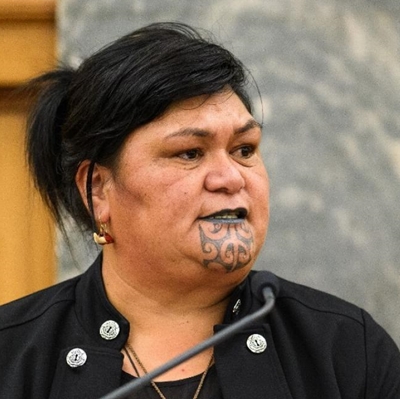 Four days after Palestinian journalist Shireen Abu Akleh was killed by Israeli troops, the Minister of Foreign Affairs has finally had something to say.

SOME FOUR DAYS after the noted Palestinian journalist Shireen Abu Akleh was murdered by Israeli troops, the New Zealand Minister of Foreign Affairs, Nanaia Mahuta, has  finally responded to her death.

Her cowardly response avoids implicating Israel in her murder. Instead Mahuta follows the dismal example set by the United States and offers empty platitudes of 'sadness' and calls for an 'investigation' into the 'circumstances of her death'. This is in despite of reports from Al Jazeera and witnesses who were with her that Abu Akleh had been killed by the Israeli military. Even in death, there’s no dignity or justice for Shireen Abu Akleh.

While Nanaia Mahuta has never called for an investigation into alleged Russian war crimes in Ukraine, apparently a different set of standards applies to the activities of the Israeli military.

Mahuta knows -  or should know - that Israeli attacks on journalists is nothing new. It was only last May that Israel bombed a building that contained the offices of twenty Palestinian media outlets in Gaza. It also housed the Associated Press and Al Jazeera.

The destruction of the offices was part of a sustained campaign of Israeli air strikes in Gaza  which Mahuta again failed to condemn.  And, again, deliberately avoiding implicating Israel, all Mahuta was prepared to say was that she was  'concerned about the escalation of violence'.

But the actions of the Wellington City Council have highlighted the hypocrisy of this Labour Government and Nanaia Mahuta's moral failure.

Yesterday Wellington City mayor Andy Foster rejected a plan to light up the Michael Fowler Centre in the colours of the Palestinian flag in order to mark Nakba Day. It commemorates the estimated 700,000 Palestinians who fled or were driven from their homes in what became  Israel during the 1948 war.

Foster's veto came after he received advice from the Ministry of Foreign Affairs and Trade that dressing the Michael Fowler Centre in Palestinian colours would only upset Israel.

Nadia Abu-Shanab, a founding member of Justice for Palestine, told the media that  Israel's treatment of Palestinians was apartheid. She said that lighting up the Michael Fowler Centre was one way to show support for Palestine 'but we continue to get censured'.