The amendment to the Three Waters legislation proposed by Green MP Eugenie Sage and backed by the Minister of Local Government  Nanaia Mahuta, has been met by strong warnings from constitutional experts. They say it is an abuse of government power and sets a dangerous new precedent for how governments make law. It also, writes Bryce Edwards, seems to be the behaviour of a government that doesn't expect to be in power for much longer.

WHEN GOVERNMENTS  become tired and lose their popularity – usually in their third term – they often become desperate to get their way and prone to misusing their power.

This is currently in evidence with the Labour Government’s push to lock in elements of their Three Waters reform programme by sneaking in a rule that says a future Parliament would need 60 per cent of MPs to vote to change the ownership of the new water services. Constitutional legal experts are outraged by a move they say is unparalleled and sets a dangerous new precedent for how governments make law.

The change occurred late on Wednesday night, when Parliament was sitting under urgency, with Labour and the Greens ramming through legislation on their Three Waters reform programme. Out of nowhere, Green MP Eugenie Sage proposed an amendment to the Three Waters legislation that would require future parliaments to achieve a 60 per cent vote in order to privatise the new water entities.

This was slipped in without proper debate, and certainly without the chance for the public to make submissions on this key part of the law. Critics suggest that the Minister of Local Government Nanaia Mahuta arranged with the Green MP to slip the change in at the last minute. Both Mahuta and Sage have since publicly defended the change that Labour and the Greens voted in favour of.

Prime Minister Jacinda Ardern is now under pressure to backtrack on the law change, and today she told RNZ that Cabinet would discuss the issue and take another look.

WHY THE CHANGE IS CONTROVERSIAL

It’s a core democratic principle that Parliament should be able to make and change laws when they have a majority of support – over 50 per cent of MPs. But this Three Waters decision changes that to that 60 per cent. A future Parliament is therefore bound by the decisions of the current one – which is regarded as unconstitutional by legal scholars. 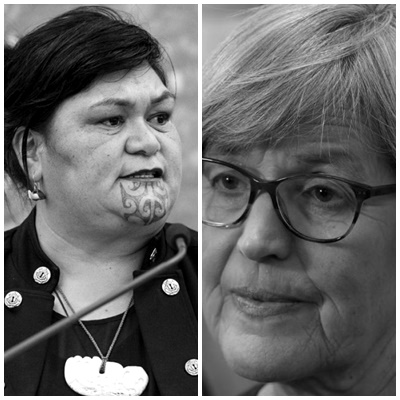 There are some accepted constitutional exceptions to the 50 per cent rule for changing laws, but these are only for certain laws relating to elections. For example, changing the voting age requires a “super-majority” of 75 per cent of MPs.

The entrenchment of electoral law, requiring a 75 per cent majority to change the way that Parliament is elected, has long been a consensus. It is agreed upon by all parties, because it relates to how politicians are elected. It is accepted that the rules for elections need special protection so that they aren’t simply changed in order to advantage the politicians currently in power.

WHY THE CHANGE COULD SET A DANGEROUS PRECEDENT

Critics of the Labour-Green law change say it sets a “dangerous precedent”. A number of constitutional law scholars have published an open letter today warning about this. They argue that governments should not use the entrenchment mechanism for trying to lock in their own reforms on standard policy changes.

They warn it could set off a “race to the bottom” in which various left and right governments just entrench the policies that they feel strongly about, and it becomes an anti-democratic game, in which a government tries to tie the hands of successors. Ultimately, it brings the constitution under pressure, and is likely to invite the courts to intervene in Parliamentary matters.

Constitutional expert Andrew Geddis of Otago University writes today that the change is “potentially momentous” for parliamentary governance – with “MPs placing handcuffs on tomorrow’s MPs”. Others have called it “democratic vandalism”.

It’s also worth pointing out that the Government’s Crown Law Office advised Labour against the change, and the Department of Internal Affairs had also stated that entrenchment was “inappropriate” for a law that was not about electoral issues.

SUPPORT FOR THE CHANGE

Not everyone is criticising the change. Some supporters of Labour and the Greens have come out in favour.

For example, ActionStation’s Max Harris, a scholar of constitutional law, argues that it is entirely reasonable to entrench the Three Waters law, partly citing the need for “proper protection of rights under Te Tiriti o Waitangi”. And he points out that there is “nothing in NZ’s uncodified constitution that says what can and cannot be entrenched”.

The Greens, too, have doubled down on the change. Eugenie Sage has gone on Twitter to defend her move, explaining that entrenchment was necessary because “water is essential to life, so it is of sufficient importance”. She also tweeted that “Officials advised against it but there is no obligation to always take their advice.”

The whole episode should be one of huge concern for the democratically-minded. And the fact that Labour and the Greens don’t see the democratic problems with their law change is alarming. It is also concerning that the opposition parties haven’t picked up the extent of the problem and publicised it.

Ultimately, the growing public outcry will likely be too strong for Labour to ignore. But it also says something that the Government have been so keen to push through such a bad law. This really doesn’t seem like the actions of a government that expects to be in power for very much longer.