The Labour Government, supported by the Green Party, have overseen the biggest transfer of wealth to the rich elite in New Zealand's history. And while people like Ricky Houghton of the He Korowai Trust warn of desperate people prepared to engage in civil disobedience just to obtain food, the corporate sector is recording record profits - and, at the same time, pocketing nearly $20 billion of publlc money. 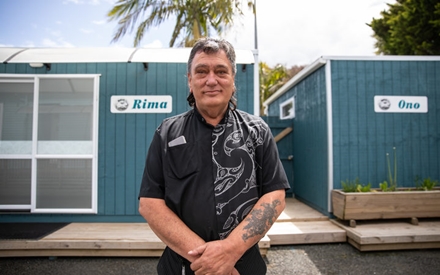 THE CORONAVIRUS, in all its variants, has been this Labour Government's chief political ally. Not only did it provide Labour with a landslide election victory it continues to divert the public's attention from issues that, in the future at least, will press hard on Labour's continued electoral viability.

Yesterday Ricky Houghton, chief executive of the He Korowai Trust which provides housing and social services in Kaitaia, warned that civil disobedience  may well become the only viable option for people unable to survive any other way.

'It's on the verge of civil disobedience, said Houghton. 'The people who 'have-not' will be taking what they need - and food is a basic human right - they will be taking from those that have. It has to be fixed, the government has to intervene.'

Three decades of a slavish devotion to neoliberal capitalism has led us to this: slouching backwards to the Depression Riots of the 1930s. The grim days when hungry people attempted to break into grocery stores and were violently repelled by the police, don't seem so far away in 2022.

While Houghton's comments were reported by the media, they have gained little traction at a time when people are bracing for the impact of Omicron. Once again Jacinda Ardern, who in 2017 committed any government she led to ending child poverty, has escaped any real scrutiny. Meanwhile Labour apologists Martyn Bradbury of The Daily Blog and Greg Presland of The Standard waste everybody's time by lauding Adern for the 'self sacrifice' she has displayed merely for postponing her lavish wedding because it could not take place without culling the guest list.

With 'progressive journalism' as dire as this, Labour 'lefties' will  sweep under the carpet the grim reality contained in Stats NZ's September quarter figures, released this week. Or they will shrug their shoulders and, in unison, declare 'At least we're not National.' 'Lesser evilism' is unfortunately, a virus still circulating among Labour supporters who claim to subscribe to a progressive politics.

The figures from Stats NZ  go much of the way to explaining the widespread social desperation that Ricky Houghton has outlined. We can be grateful to commentator Bernard Hickey for breaking them down. He writes:

'The accounts illustrate vividly how unequal the recovery has been and how Government and Reserve Bank policies have engineered, deliberately or otherwise, the biggest and fastest increase in wealth for home and business owners in the history of Aotearoa-NZ. This happened at the expense of the renters of today and tomorrow, who have experienced a massive real wage shock because inflation has been more than twice wage growth, and rents have risen faster than wages. Renters have also missed out on the bonanza in asset values and now face the widest gap in wealth in our history, with the inequality focused on home ownership.'

Of  undoubted interest to Ricky Houghton will be the fact that while 'households with homes and businesses received an extra $18.8b in cash and were able to increase their cash holdings in banks by $51.6b', beneficiaries and the poor received a pitiful $48 million in financial assistance over the first 21 months of the pandemic.

As well the business sector has been bailed out to the tune of some $20 billion. But despite a record profit of $27 billion, up $15 billion from the previous 21 month period, they have not been asked to pay back any of the public money they have received. In effect struggling New Zealanders have been subsidising corporate profits. The minimal 'abuse of the system' by beneficiaries and played up by the right, pales into comparison compared to what the corporate sector has been up to - aided and abetted by the Labour Government.

Bernard Hickey concludes: '..the Government’s Covid policies made the rich almost $1t richer, while the poor were allowed to get $400m further in debt to the Government itself, and were forced to apply for more than twice as many food parcels in our largest city.'

None of this will impact on a Prime Minister increasingly disengaged from reality. Cocooned on the eighth floor of the Beehive and surrounded by functionaries only to eager to agree with her, she still thinks that her Labour Government adheres to the social democratic values that it abandoned many decades ago in favour of neoliberalism.  As Bernard Hickey observes, she told the Labour caucus retreat last week:

'The test of equity and fairness is how you manage a crisis ... I'd like to think through the last two years we've demonstrated Labour values. We will continue to demonstrate our ability to manage challenges and change when it comes to climate, housing, poverty, everything we continue to face as a nation.'

To update Antonio Gramsci ; 'The old world is dying and the new world struggles to be born: now is the time of monsters.' While neoliberalism, capitalism, and our liberal  'representative democracy' are in crisis, we are also lacking any radical trade unions and any progressive political parties that can take up the fight for the very people Labour - and the Green's - have abandoned. People like Ricky Houghton are left forlornly appealing for help from a neoliberal and unresponsive Labour Government. And little help will be forthcoming.